Pakistan are slated to face the Netherlands in their last pool match on December 9. 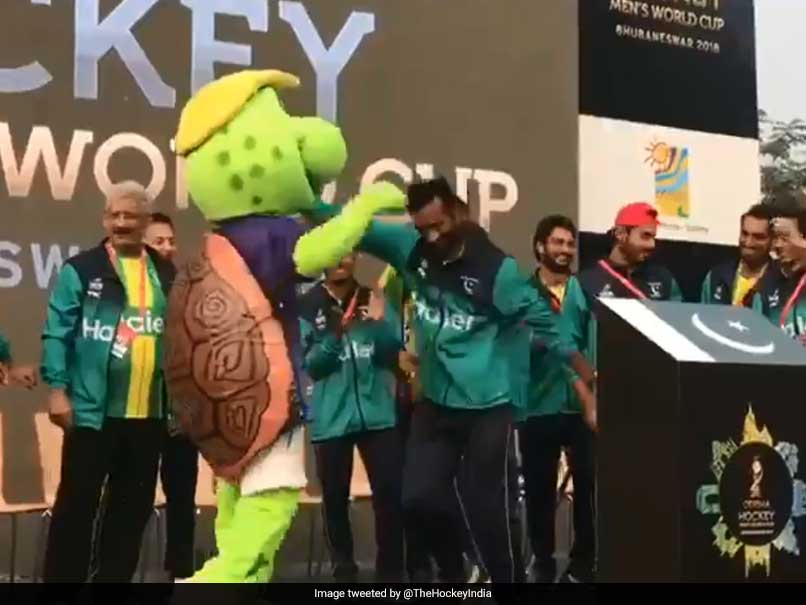 Muhammad Irfan turned out to be the star.© Twitter

The Pakistan team may not have put up an impressive show in the ongoing men's Hockey World Cup so far, but the players are winning hearts. The Pakistan team visited the Fan Village at the Kalinga Stadium in Bhubaneswar and entertained fans as they grooved to Bollywood numbers amid the cheer of spectators. The multi-talented star Muhammad Irfan showed some Bhangra moves with World Cup mascot Olly, while other players joined him.

.@PHFOfficial's Muhammad Irfan is multi-talented star. After singing, he pulls up the authentic Bhangra moves with Olly at the Fan Village in Odisha.#IndiaKaGame #HWC2018 #DilHockey pic.twitter.com/lhb7agQas2

Pakistan are slated to face the Netherlands in their last pool match on December 9. After losing to Germany, Pakistan played out a hard-fought 1-1 draw with Malaysia in a Pool D match on Thursday.

The hockey players of Malaysia, the Netherlands and Germany also showed their moves as they took part in a dance-off with the mascot Olly at the Fan Village.

The Fan Village set up in an area of 18,000 square meters has been designed to keep visitors engaged in various activities.

"We love the crowd. We are happy to be here. It's incredible to play here," said Billy Bakker, the Netherlands team captain.

He also shared his love for Indian food.

Later, the German team visited Odisha Police stall at the Fan Village. They were accorded a rousing welcome in the presence of DGP R.P.Sharma.

Comments
Topics mentioned in this article
Pakistan Hockey
Get the latest updates on India vs South Africa and check out  Schedule, Results and Live Score. Like us on Facebook or follow us on Twitter for more sports updates. You can also download the NDTV Cricket app for Android or iOS.