Hockey World Cup 2018: India Knocked Out After Losing To Netherlands In Quarterfinal

Netherlands will now face Australia in the semi-finals on December 15. 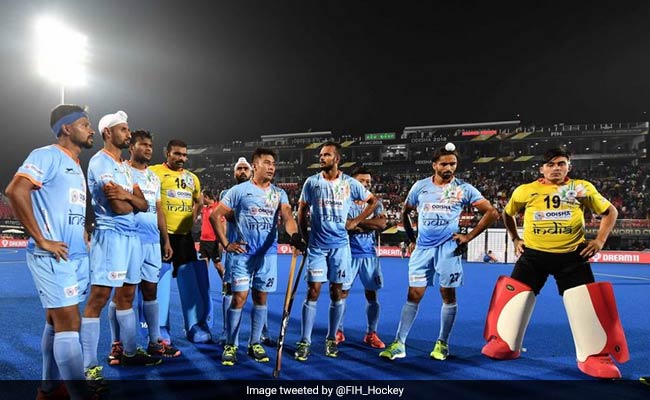 India's 43-year-long wait to reach the semi-finals of the Hockey World Cup was prolonged by the Netherlands as they beat the hosts 2-1 on Thursday at the Kalinga Stadium in Bhubaneswar. World No.4 Netherlands were clearly the better team as they dominated the hosts from the very beginning. After scoring one in the first quarter, another goal from Mink van der Weerden in the fourth quarter doubled the Netherlands lead, virtually leaving India out of contention. However, India tried to claw their way back in the game but the Netherlands were too strong for them.

Both sides started with a bang in an eventful first quarter that witnessed Akashdeep putting the hosts ahead in the 12th minute with a brilliant reverse flick after the initial penalty corner attempt was parried by the Dutch goalkeeper. The visitors pulled off a stunning equaliser just before the end of the first quarter, thanks to Thierry hitting the box to make it 1-1.

The second half saw both teams battling for the lead even as the tourists managed to keep possession of the ball on most occasions, only to return to the dug out locked at 1-1 by half time.

On resumption, the touristsearned three back-to-back PC's but India blocked away all of them even as the hosts were temporarily reduced to 10 men after Hardik was shown the green card towards the end of the quarter.

With both sides desperate for the lead, the Netherlands started the final quarter by successfully converting their fourth PC to make it 2-1.

It was in the 50th minute, when Van Der Weerden hit the ball dead straight only to find India's custodian PR Sreejesh wrong footed as the ball found the target.

With 10 minutes to go, India were once again penalised after Amit Rohidas was shown the yellow card but the Manpreet Singh-led side kept pressing for the equaliser.

In the next minute, India had a golden opportunity to square things off but Harmanpreet's shot was saved by the Dutch goalkeeper.

From there on, the Dutch defence did not allow any room to the home side as the tie ended in a heartbreak for the vociferous home crowd.

The Dutch side will meet Australia in the semi-finals on Saturday.

In a neck and neck fight, third ranked Belgium held their nerves and came back from a goal down to enter the semi-finals for the first time.

Belgium will face a resurgent England in the semi-final, who had defeated Argentina 3-2 in the first quarter-final on Wednesday.