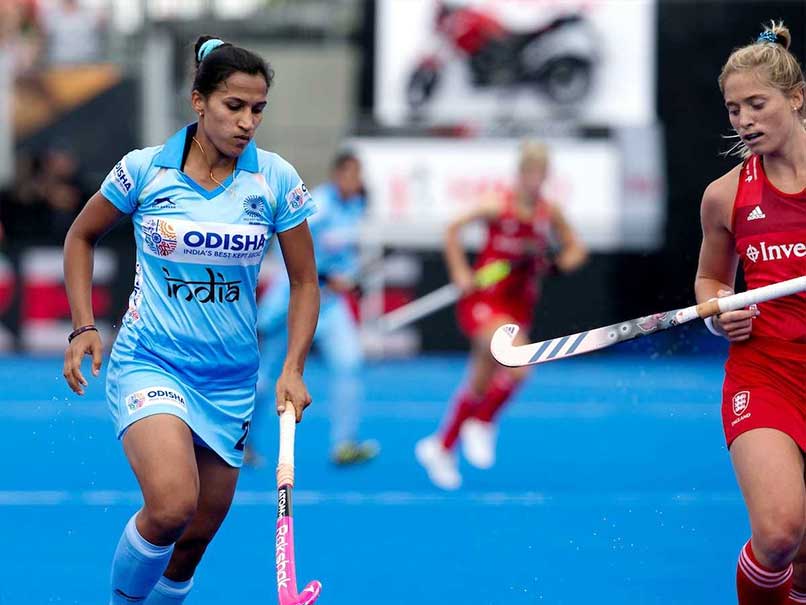 The Indian women's hockey team will look to register their first victory in the Hockey Women's World Cup 2018 when they face Ireland in their second Pool B match at the Lee Valley Hockey and Tennis Stadium in London, England. In their opening match of the tournament, India drew 1-1 with hosts and World No.2 England. Even though India were held to a 1-1 draw against England despite taking a 1-0 lead via Neha Goyal goal, captain Rani Rampal said that she was happy with the team's performance.

World No.16 Ireland, on the other hand, will be coming in the match after a convincing 3-1 win against World No.7 USA in their Pool B match. Currently leading Pool B with 3 points, Ireland would want to carry their momentum against India.

While India were on the verge of causing a major upset, lack of defensive play from India saw them concede a goal in the 54th minute through England's Lily Owsley.

"I think it was a great match, a good start for us. There are so many positives that we can draw from that match which will help us in the upcoming matches in the tournament. I don't think we surprised with our performance because we have done well against England in the past and this time we went for a win," Rani said.

The Indian captain further added that the team is prepared for the Ireland challenge.

"The entire team including support staff sat down for a meeting after the match to discuss our performance. We also discussed the goal we conceded and how we could have averted it. Our team feels we can do better than what we played against England and the aim is to improve match-by-match," Rani asserted.

"Yes, we have watched videos from Ireland's match against USA and credit goes to them for a good start and good defending to hold their lead till the end. In the three days' rest that we have had, we played few practice matches among ourselves to try out different methods in goal scoring and keep up the momentum. We need to make a good start against Ireland and keep up the pressure on them. We are confident and ready for the next challenge," she concluded.

Comments
Topics mentioned in this article
India Women Hockey
Get the latest updates on Olympics 2020, Olympics 2020 Medal Tally, Live Cricket Score . Like us on Facebook or follow us on Twitter for more sports updates. You can also download the NDTV Cricket app for Android or iOS.