India's Aruna Budda Reddy on Saturday won a bronze medal in women's vaults at the 2018 World Gymnastics in Melbourne. 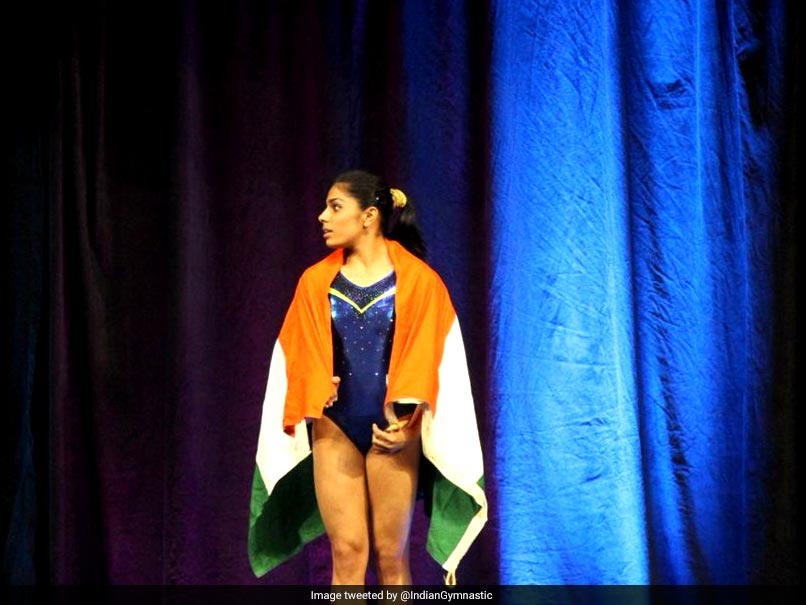 Aruna finished third with a average score of 13.699 after her two attempts.© Twitter

India's Aruna Budda Reddy on Saturday won a bronze medal in women's vaults at the 2018 World Gymnastics in Melbourne. She finished third with a average score of 13.699 after her two attempts. Slovania's Tjasa Kysslef won the gold medal with a score of 13.800, while Australia's Emily Whitehead took home the silver with a score 13.699 in the finals. Another Indian fray, Pranati Nayak managed a sixth place finish with an aggregate score of 13.416 after two attempts.

After the two attempts, the aggregate of her two attempts were taken, giving her a final score of 13.649.

In the qualification stage, Aruna was second after registering a score of 13.566 to reach the finals while Pranati was fourth with an average score of 13.483 after her two attempts.

Ashish Kumar had given India its first-ever gymnastics medal when he won a bronze medal at the 2010 Commonwealth Games.

After that, it was Dipa Karmakar who won a bronze medal in women's vault at the 2014 Commonwealth Games. She was the the first ever female Indian gymnast to do so.

Karmakar also represented India at the Rio Olympics 2016 and became the first Indian gymnast to do so in 52 years. She missed out on an Olympic bronze as she finished fourth in the final.

Comments
Topics mentioned in this article
Gymnastics
Get the latest updates on SA vs IND 2021-22, check out the Schedule and Live Score . Like us on Facebook or follow us on Twitter for more sports updates. You can also download the NDTV Cricket app for Android or iOS.