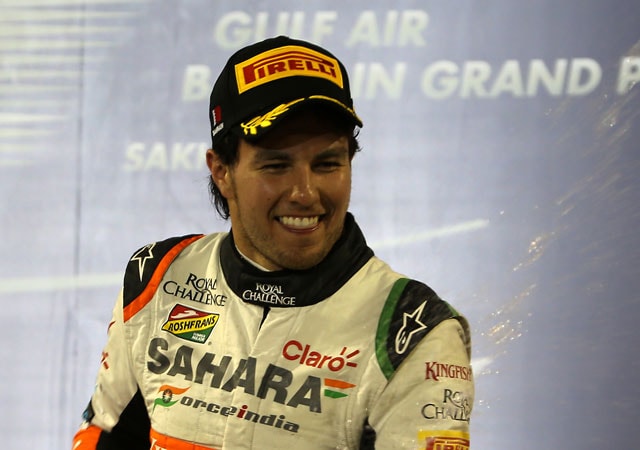 Like most young Mexicans, Sergio Perez, who is considered as one of the rising stars in Formula One, wanted to play professional soccer.

Sergio Perez, who is considered as one of the rising stars in Formula One, started his career in karting at the age of six. Having a motorsport background, it was natural for Perez, nicknamed 'Checo', to seek a future in motorsports. His father Antonio Perez Garibay was active in driver management and was a former Mexican Formula 3 champion. Perez's brother Antonio also races in NASCAR Toyota Series.

After graduating from karts at the age of 14, he moved to Europe to compete in Formula BMW and the good work got him a call-up from Formula One feeder series, GP2. GP2 got the best out of him and he was all set to race in the big league. In 2011, Sauber F1 Team roped in Perez making him the fifth Mexican to race in the pinnacle of motorsport. He also became the first Mexican since Hector Rebaque, who competed between 1977 and 1981.

Following an impressive season with Sauber where he finished five times in top-10, Perez cemented his place in the team for the 2012 season alongside Kamui Kobayashi. That year, he claimed three podiums including two second places, finishing the season at 10th place in the Drivers' Championship with 66 points.

Two years of remarkable performances with Sauber earned the 24-year-old a place in McLaren in 2013 where he replaced the 2008 world champion Lewis Hamilton, who signed with Mercedes. Though Perez struggled throughout the season at McLaren, he gained vital experience racing alongside Jenson Button. After only one season at McLaren, the team decided to replace the Mexican with Danish driver Kevin Magnussen. Perez finished 11th in the drivers' championship. 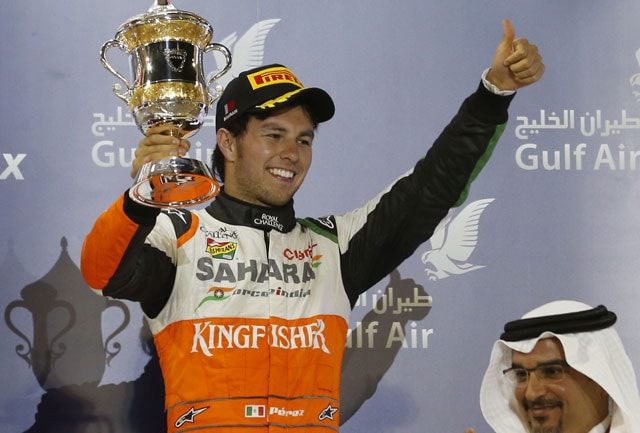 That allowed Sahara Force India to have a go at one of the rising stars. The Silverstone-based Indian team not only signed Perez but also changed its entire line-up for the 2014 season by bringing back Nico Hulkenberg. Force India did not renew the contracts of Paul di Resta and Adrian Sutil.

Perez gave Force India their second podium by finishing third behind the Mercedes duo of Hamilton and Nico Rosberg at Bahrain Grand Prix in the third race of the seaon. Italian Giancarlo Fisichella had secured Sahara Force India's maiden podium in 2009 at the Belgian Grand Prix by finishing second.

Racing is not the only love for 'Checo' and his brother Antonio as their other interest lie in football and the duo wanted to play it professionally. Perez brothers are also friends with fellow countryman and Premier League giants Manchester United's star striker Javier Hernandez.

In March 2013, Perez started the Checo Perez Foundation (FCP) to support orphans and children with cancer. Since its creation, the foundation has helped over 300 children through psychological companionship, workshops, human development programmes, sporting activities and the remodeling of their foster home. Checo's sister Paola is the president of the foundation.

Comments
Topics mentioned in this article
Formula 1
Get the latest updates on ICC T20 Worldcup 2022, check out the Schedule and Live Score. Like us on Facebook or follow us on Twitter for more sports updates. You can also download the NDTV Cricket app for Android or iOS.