To retain the world title Lewis Hamilton had to win and see Nico Rosberg finish off the podium, and appeared to slow down while blocking him in the hope two other drivers could catch and overtake him. 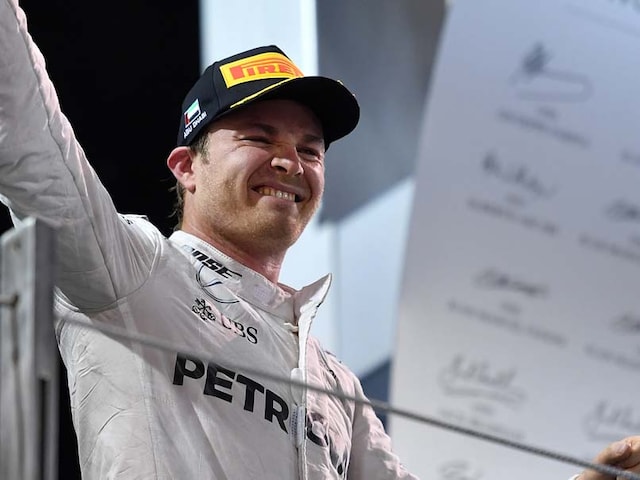 To retain the world title Hamilton had to win and see Rosberg finish off the podium, and appeared to slow down while blocking him in the hope two other drivers could catch and overtake him.

"I can fully understand the team's side of course because we have been working towards those guidelines for three years now. At the same time I can also understand Lewis because you know, we're drivers, we're fighters until the last metre," the German said at a press conference held in Kuala Lumpur.

"It was about the world championships, he decided to try everything he could out there so, also in a way it's understandable, even if it was very tough. And that's it. I don't think it's something that needs to be discussed much."

The 31-year-old Rosberg concluded the longest season in the sport's history with a nail-biting drive under intense pressure after leader and race winner Hamilton had slowed the field to create a difficult finish.

Hamilton reeled off his 10th win of the season -- the most by any driver not to win the title -- and the 53rd of his career, but his gamesmanship upset his team and his teammate in the closing laps.

Hamilton ignored two instructions from the team to increase his speed at the front, but was unable to create a situation in which Rosberg could be attacked and passed.

Mercedes chief Toto Wolff, who helmed the presser with a jubilant Rosberg, was careful not to be drawn into a discussion on Hamilton and what consequences he may face.

"I can understand why he (Hamilton) drove like he drove, that was his instinct. He needed to do that and equally our system has made them win many races and created an era of dominance," Wolff said.

"But again, let's discuss it at a later stage. Today it's about only this man," he added pointing to Rosberg sitting beside him.

Rosberg and Wolff were in Kuala Lumpur attending a celebratory event by Petronas -- the state oil firm and the Malaysian race's title sponsor which also backs the Mercedes team.

Malaysia has said it will discontinue its Formula One Grand Prix race after 2018 due to falling revenues, waving the checkered flag on one of Asia's longest-running F1 races.

"You've always had great racing, great races. I'm sure it's done a lot for Malaysia to create attention around the world for your country, for business, for everything," Rosberg said.

"And anyway, let's just enjoy the next two at least and then we see how it goes for the future."

Comments
Topics mentioned in this article
Lewis Hamilton Nico Rosberg Formula 1
Get the latest Cricket news, check out the India cricket schedule, Cricket live score . Like us on Facebook or follow us on Twitter for more sports updates. You can also download the NDTV Cricket app for Android or iOS.