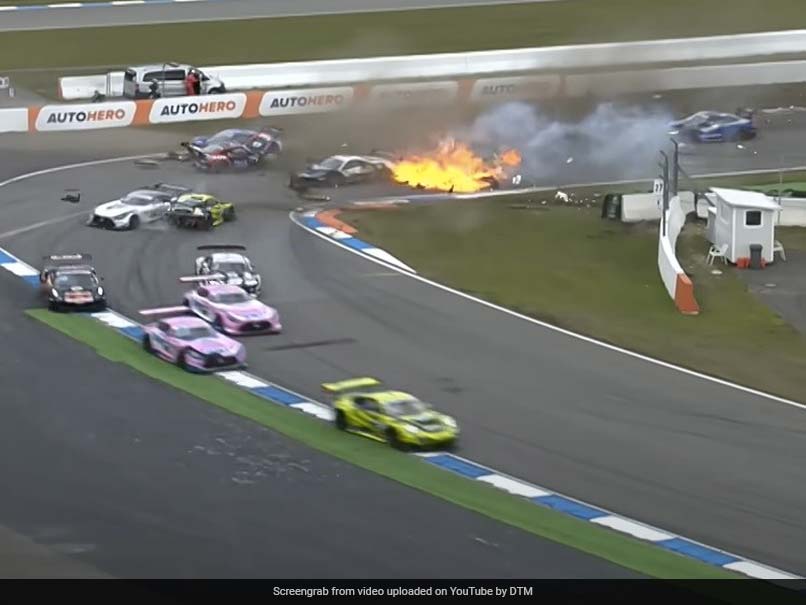 Screengrab of the crash at the Hockenheim DTM event.© Youtube

David Schumacher, Michael Schumacher's nephew and former F1 driver Ralf Schumacher's son, suffered a massive injury following a horrific crash at the Hockenheim DTM event over the weekend. David collided with Thomas Preining during lap 6 as both the driver's car went off the track. David was initially given an all-clear after the crash - but fresh scans have show he has broken his spine, according to a Fox Sports report.

Ralf told Motorsport magazine: “When David came home, he was still complaining about back pain. It turned out that a lumbar vertebra was broken. This means a break of around six weeks for David.”

Seven-time world champion Michael Schemacher suffered a severe brain injury in December 2013 during a skiing accident in the French Alps. He was placed in a medically induced coma until June 2014 and is now back home in Switzerland with his family. Accoriding to some reports, he is in a semi-vegetative state.

Schumacher won seven F1 world titles, including five on a trot with Ferrari. He returned to the F1 racing in 2010 for three years with the Mercedes team. He was replaced by Lewis Hamilton in 2013. In 2021, Hamilton matched Schumacher's record of seven world titles.

Sponsored by Vuukle
Comments
Topics mentioned in this article
Michael Schumacher
Get the latest updates on IPL Auction 2023 and check out  IPL 2023 and Live Cricket Score. Like us on Facebook or follow us on Twitter for more sports updates. You can also download the NDTV Cricket app for Android or iOS.