The go-karting track at Kerpen-Manheim near Cologne, where Schumacher, his brother Ralf and four-time Formula One champion Sebastian Vettel all began their motorsport careers, is due to close in 2020. 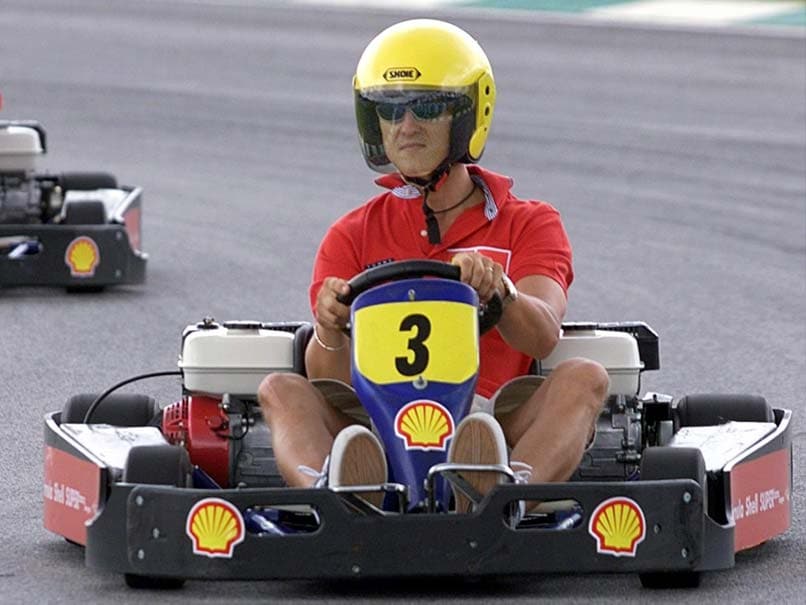 The go-karting track at Kerpen-Manheim near Cologne is due to close in 2020.© AFP

The karting circuit where stricken ex-Formula One world champion Michael Schumacher started his career is to close ahead of it being torn up by a mining company, despite efforts to find it a new home. The go-karting track at Kerpen-Manheim near Cologne, where Schumacher, his brother Ralf and four-time Formula One champion Sebastian Vettel all began their motorsport careers, is due to close in 2020. The ground under the track, two-thirds of which is reportedly owned by Michael Schumacher, is set to be torn up for coal as it lies on the edge of a planned mining area.

"A joint search with (German utilities provider) RWE has not led to a new location being found.

"It's a shame - both a tradition and a successful youth venture are dying at the same time."

Michael Schumacher, 49, continues to recover at home in Switzerland and has not been seen in public since suffering serious head injuries in December 2013 while on a skiing holiday in the French Alps.

The club, which has 550 members, has been offered compensation by RWE, but "what we need is a karting circuit, without one there won't be a club anymore," said club president Gerhard Noack.

Comments
Topics mentioned in this article
Ferrari Michael Schumacher Ralf Schumacher Sebastian Vettel Formula 1
Get the latest updates on ICC Women's Cricket World Cup 2022 and IPL 2022, check out the Schedule , Live Score and IPL Points Table. Like us on Facebook or follow us on Twitter for more sports updates. You can also download the NDTV Cricket app for Android or iOS.