Malaysia to Pull Out of Formula 1 After 2018

The Malaysia Grand Prix's future had been up in the air after officials said last month they were reassessing their commitment to the event amid ebbing television viewership and anaemic ticket sales. 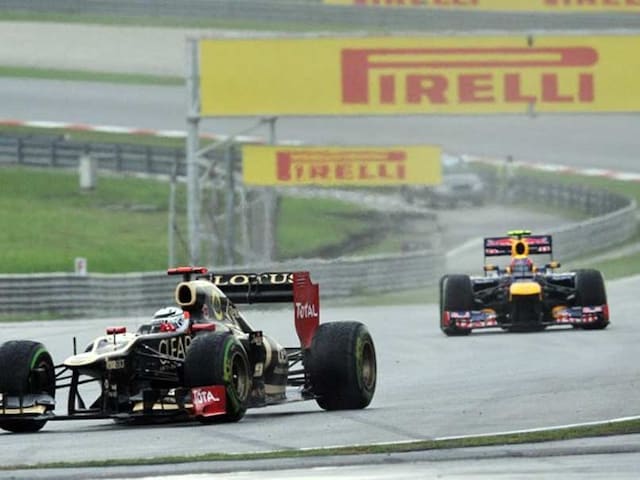 Malaysia will discontinue its Formula One Grand Prix race after 2018 due to falling revenues, a government minister said Monday, waving the checkered flag on one of Asia's longest-running F1 races.

The economic problems besetting the sport are taking too much of a toll and Malaysia will not renew after its current contract expires in two years, Tourism and Culture Minister Nazri Aziz told local media.

The race's future had been up in the air after officials said last month they were reassessing their commitment to the event amid ebbing television viewership and anaemic ticket sales.

"We spend 300 million ringgit ($67 million) per year but are not getting 300 million back," Nazri told state-run Bernama news agency.

"There are no returns on the F1 Grand Prix."

He noted that attendance had declined despite the high cost of staging the race, which has been held at the Sepang circuit near Kuala Lumpur since 1999.

"I think the people have lost interest," he said.

Formula One races are often run at a loss but they are attractive to many cities because of their prestige and exposure to global audiences.

In comments on Twitter last month, Sports Minister Khairy Jamaluddin stressed the competition from other events outside of Malaysia.

"F1 ticket sales declining, TV viewership down. Foreign visitors down b/c (because) can choose Singapore, China, Middle East. Returns are not as big," he said.

In September, US firm Liberty Media announced a takeover of F1, including a new chairman and plans for greater penetration in the United States to try and right the ship.

The Sepang race, known for its tropical downpours and sauna-like conditions, is Asia's second-oldest next to the Japanese Grand Prix, which dates back to 1976.

But Singapore, which hosted the first F1 race under floodlights in 2008, quickly outstripped Sepang in terms of spectators.

This year's Singapore race saw an average of 73,000 spectators attend for each of the three days of the race weekend.

Malaysian politics are also in a volatile phase as Prime Minister Najib Razak spars with former premier Mahathir Mohamad, who is calling for Najib's ouster over a money-laundering scandal.

By contrast, Malaysia's MotoGP at Sepang is consistently popular and this year's race was sold out.

Sepang agreed last month to extend the MotoGP until at least 2021.

Comments
Topics mentioned in this article
Malaysian Grand Prix Formula 1
Get the latest Cricket news, check out the India cricket schedule, Cricket live score . Like us on Facebook or follow us on Twitter for more sports updates. You can also download the NDTV Cricket app for Android or iOS.