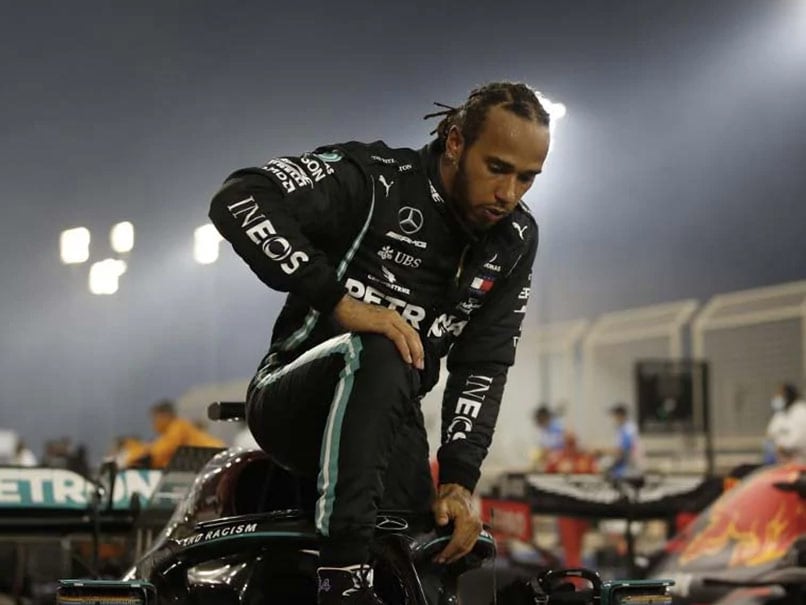 Lewis Hamilton has tested positive for coronavirus and will not take part in Sakhir Grand Prix.© AFP

World champion Lewis Hamilton has tested positive for coronavirus and will miss this weekend's Sakhir Grand Prix in Bahrain, Formula One's governing body FIA announced Tuesday. "In accordance with COVID-19 protocols and public health authority guidelines in Bahrain he (Hamilton) is now isolating," said an FIA statement. "The procedures set out by the FIA and Formula 1 will ensure no wider impact on this weekend's event." Hamilton who on Sunday won the Bahrain Grand Prix, the first of back-to-back races in the Gulf state, has already secured a record-equalling seventh world championship this season.

"He woke up on Monday morning with mild symptoms and was informed at the same time that a contact prior to arrival in Bahrain had subsequently tested positive," a statement from Hamilton's Mercedes team said.

"Lewis therefore took a further test and returned a positive result. This has since been confirmed by a retest.

"Lewis is now isolating in accordance with COVID-19 protocols and public health authority guidelines in Bahrain.

"Apart from mild symptoms, he is otherwise fit and well, and the entire team sends him its very best wishes for a swift recovery."

The team added that Hamilton had been tested three times last week and returned a negative result each time as part of the sport's strict anti-virus protocols, the last of which was on Sunday afternoon at the Bahrain circuit.

Mercedes
Get the latest updates on Fifa Worldcup 2022 and check out  Fifa World Cup Schedule, Stats and Live Cricket Score. Like us on Facebook or follow us on Twitter for more sports updates. You can also download the NDTV Cricket app for Android or iOS.