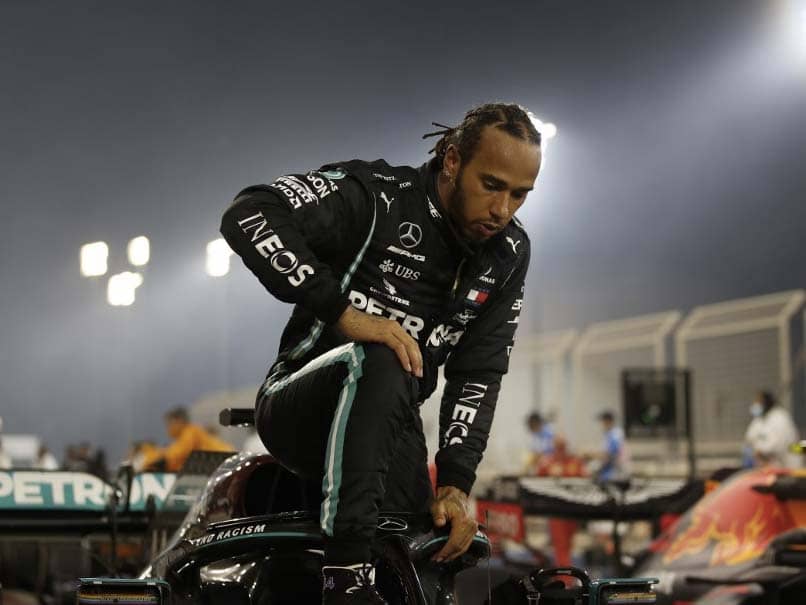 Lewis Hamilton powered to victory at the Bahrain Grand Prix on Sunday in a race overshadowed by a horrific crash for French driver Romain Grosjean. Briton Hamilton, crowned world champion for a record-equalling seventh time last time out in Turkey, held off the Red Bulls of Max Verstappen and Alexander Albon to claim his 95th F1 win. The race was delayed after Grosjean survived a frightening collision with a barrier on the opening lap. He was taken to hospital with suspected fractured ribs and burns to his hands and feet after his crash which was followed by another accident that saw Racing Point driver Lance Stroll rescued from his overturn car.

Hamilton's Mercedes team-mate Valtteri Bottas finished eighth, having suffered a puncture, ahead of Esteban Ocon in the second Renault and Ferrari's Charles Leclerc.

Hamilton's victory, his 11th of the season, lifted him 131 points clear of Bottas in the championship, which he has won already.

However, his initial reaction was one of relief for Grosjean. "It was such a shocking image to see and it shows the amazing job F1 and the FIA have done for him to walk away from something like that."

Lewis Hamilton Bahrain Grand Prix
Get the latest updates on IPL 2021, IPL Points Table , IPL Schedule 2021 , live score . Like us on Facebook or follow us on Twitter for more sports updates. You can also download the NDTV Cricket app for Android or iOS.