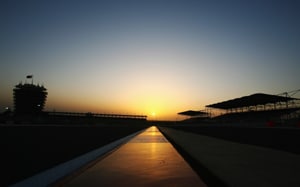 I cannot tell speed from velocity, rear wing aerodynamic ratio to down-force and yet, something about recent reports in Formula One hints that the 2012 season is going to be like no other. Not the least like the one-sided affair that 2011 turned out to be, at least.

I cannot tell speed from velocity, rear wing aerodynamic ratio to downforce and yet, something about recent reports in Formula One hints that the 2012 season is going to be like no other. Not the least like the one-sided affair that 2011 turned out to be, at least.

The biggest of Vettel/Red Bull fan would admit that 2011 was a bit of a drag as far as the standings went (major one for me, there I said it). F1 is a race which is fought as much on the track as it is on the leaderboard. With Vettel enjoying a brilliantly crafted season once the initial races were done, I experienced a sincere wave of sadistic joy when his punctured rear tyre  sent him spinning at Abu Dhabi. It is not about spinning out, it isn't about a particular driver or a team either. It is about a championship that deserves to be closely contested rather than be one-sided, race after race.

While most I know continue to see no harm in a champion exerting his influence, bullying his way to the chequered flag and doing so consistently, the more sporting side in me wished for a fight throughout the present season with none coming until the season was all but decided.

How I saw 2011 F1 season was simple: Hamilton busy ticking Massa off, Nicole Schwzwwadse%$#$#...not coming to the tracks no more, Webber and Button continuing to be the silent shadows of their more news-worthy teammates, Alonso retaining third position and seeming far from it, Schumacher being his nonchalant self in his Merc and Narain Karthikeyan battling to a) race, b) finish the race, c) finish the race in any position but the last (Even in my official F1 2011 game, the fellow finishes last, always!).

Making sense from all of this to get a sense of what the next season has in the offing, well, is not simple.

First up: US Grand Prix. Bernie Ecclestone has made it a habit to predict a no-race before every inaugural race. He did it for the Indian GP and is doing so for the US Grand Prix in Austin, Texas. 'Show the money, sign the contract' seems to be his version of get-set-go.

HRT has brought in Pedro de la Rosa on a two year contract from McLaren. Dreaming big is not a sin! 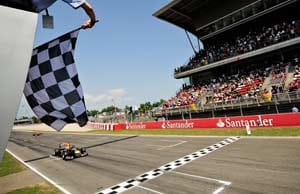 Ferrari president tells Felipe Massa to prove himself if he wishes to retain his contract, which expires end-2012. Expect a lot more race and a lot less talk from the Brazilian come Melbourne 2012.

The team to look out for, however, would be McLaren. Lewis Hamilton is a man who looks determined to battle hard from the onset and if he delivers in the first few races, it would set the entire season up well. Then there are the supporting casts who go by the names of Webber, Alonso, Massa, Button and Sutil (Yes Adrian Sutil is deliberate since I like Force India) who will hope for upsets galore.

In all of this, Vettel seems like a man who will have to fight a tad bit harder to retain his F1 throne, third year running. Bring on 2012.