End of an Era as Ron Dennis Quits as McLaren Chief

Ron Dennis has a 25 percent stake in McLaren whilst Bahrain's Mumtalakat investment fund owns 50 percent and the remaining 25 percent is held by his long-time business partner Mansour Ojjeh. 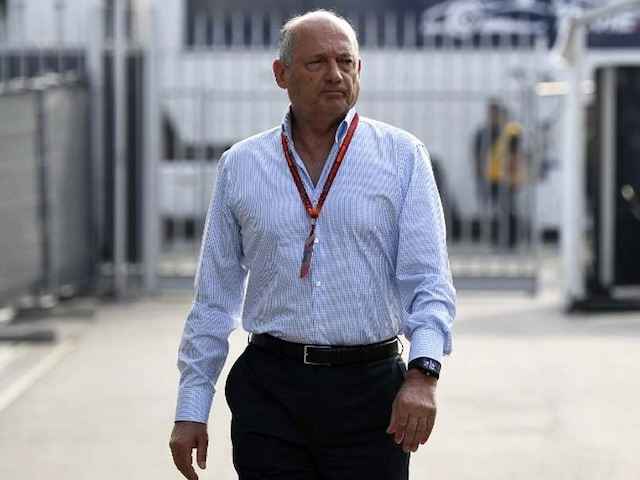 Ron Dennis confirmed on Tuesday he has quit as boss of Formula One outfit McLaren after 35 years following pressure from shareholders.

The 69-year-old -- who helped guide the likes of Lewis Hamilton and Ayrton Senna to the world title -- quit after shareholders demanded at a meeting on Tuesday he step down as chairman and chief executive.

Dennis has a 25 percent stake in McLaren whilst Bahrain's Mumtalakat investment fund owns 50% and the remaining 25% is held by his long-time business partner Mansour Ojjeh, a Saudi-born Frenchman.

However, Dennis and Ojjeh fell out a while ago and that parting of the ways has come back to haunt the Englishman as Ojjeh sided with the Bahrainis.

A statement from Dennis said he had "been required to relinquish his duties as chairman and chief executive of McLaren Technology Group (MTG)".

"This follows a decision by the majority shareholders to place him on gardening leave."

Dennis said the other main shareholders "forced through" the decision "despite the strong warnings from the rest of the management team about the potential consequences of their actions on the business".

Dennis dismissed complaints about his management style given he helped McLaren enjoy such success on the track although in recent years they have trailed their main rivals such as Mercedes and Red Bull.

According to reports, the relationship reached breaking point when Dennis last week presented a $2 billion takeover offer from a Chinese consortium and that did not go down well with the shareholders.

Dennis had applied to the High Court in London last Friday for an injunction to prevent the boardroom shake-up but lost and had been on gardening leave.

His loss will be keenly felt by many in the Formula One paddock, most notably 85-year-old ringmaster Bernie Ecclestone.

Dennis said in his statement that the reasons for his removal held no weight.

"The grounds they have stated are entirely spurious," said the Englishman.

"My management style is the same as it has always been and is one that has enabled McLaren to become an automotive and technology group that has won 20 Formula 1 World Championships and grown into an £850m-a-year business.

"Ultimately, it has become clear to me through this process that neither TAG nor Mumtalakat share my vision for McLaren and its true growth potential."

However, Dennis -- who has a 25% stake in McLaren -- said he would not be walking away from the company entirely and would look out for the welfare of the employees.

"My first concern is to the business I have built and to its 3,500 employees.

"I will continue to use my significant shareholding in both companies and my seats on both boards to protect the interests and value of McLaren and help shape its future.

"In addition I intend to launch a new technology investment fund once my contractual commitments with McLaren expire.

"This will capitalise on my expertise, my financial resources, together with external investment to pursue the many commercial opportunities l have been offered in recent years but have been unable to take up while being so committed to the existing business."

Comments
Topics mentioned in this article
Formula 1 McLaren
Get the latest Cricket news, check out the India cricket schedule, Cricket live score . Like us on Facebook or follow us on Twitter for more sports updates. You can also download the NDTV Cricket app for Android or iOS.