Ferrari were the only major team and engine supplier not to introduce a revised engine this weekend. 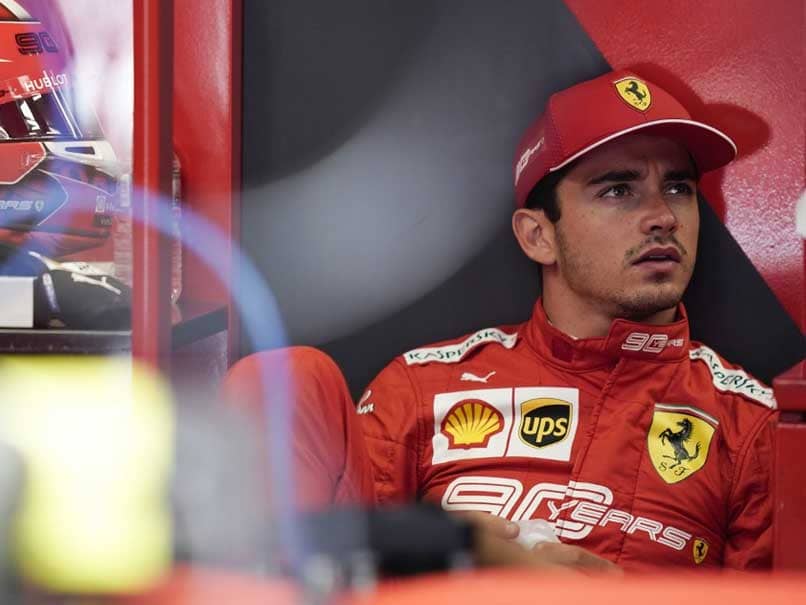 Charles Leclerc bounced back to upstage his team-mate Sebastian Vettel as Ferrari dominated Friday's two free practice sessions for this weekend's Belgian Grand Prix. The two Ferraris topped the times ahead of Mercedes duo Valtteri Bottas and Lewis Hamilton on a warm and humid afternoon at the majestic Spa-Francorchamps circuit in Ardennes.

Leclerc led the way with a best lap of one minute and 44.123 seconds to outpace four-time world champion Vettel by six-tenths of a second, as Ferrari continued in the afternoon where they had left off in the morning's action, when German Vettel led the Monegasque.

Bottas, confirmed on Thursday to be staying with Mercedes next season, was just over eighth-tenths of a second off the pace, slightly ahead of Hamilton.

The session ended prematurely when Sergio Perez's Racing Point car stopped with a fire around the exhaust system. A Virtual Safety Car was deployed and then the action was red-flagged, and with only two minutes remaining the session was not re-started.

Mexican Perez was running with an upgraded Mercedes power-unit, as were Vettel and championship leader Hamilton, the latter of whom had problems in the morning with his new engine.

Perez wound up fifth, ahead of Max Verstappen of Red Bull and Alfa Romeo's Kimi Raikkonen, with Lance Stroll eighth in the second Racing Point ahead of Daniel Ricciardo of Renault and Verstappen's new teammate Alexander Albon, who was 10th.

"It was a pretty smooth day and I feel quite at home with the guys -- they've been very nice to me," said the London-born Thai racer Albon after his first day with Red Bull. "I could feel the extra G-forces and it was a great day for me."

The session was run in warm weather with few incidents as the teams prepared for the first race back since the sport's European summer break.

Perez's fire followed a curious report from Stroll that he could smell burning in his sister car as he came in for a late pit-stop.

Ferrari were the only major team and engine supplier not to introduce a revised engine this weekend.

Max Verstappen Spa-Francorchamps Belgian Grand Prix Formula 1
Get the latest updates on India vs Australia Series, check out the India vs Australia Schedule for 2020-21 and Ind vs Aus live score . Like us on Facebook or follow us on Twitter for more sports updates. You can also download the NDTV Cricket app for Android or iOS.