The decade has seen some champagne football, as well as innovations like Video Assistant Referee (VAR), making it a cusp 10-year period for the sport. 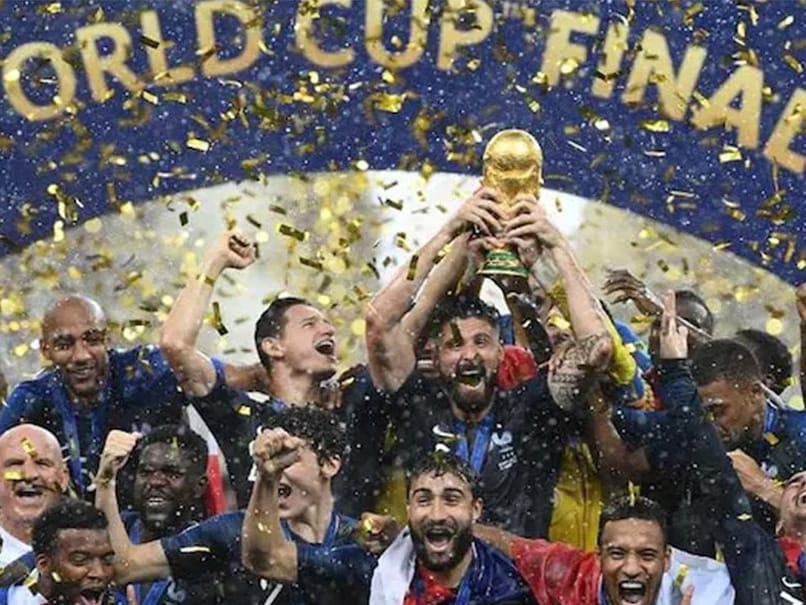 Football has always been a popular sport but it broke new ground this decade, becoming a truly global phenomenon that captured the mind and imagination of fans all over the world. This decade saw the sport make big inroads into Asia and certain other parts of the world with domestic leagues like the Premier League making huge impact to the everyday life of fans. Not only that, the decade also saw the staging of three FIFA men's World Cups and two UEFA men's European Championships. Domestic leagues around the world saw the emergence of some new teams even as traditional powerhouses tried to hold on to their influence.

South Africa hosted the first World Cup in Africa which was intended as another coming of age event for the nation. The host nation tumbled out after the group stages however, and of six African nations present only Ghana made it past the first round before bowing out in the quarter-finals. 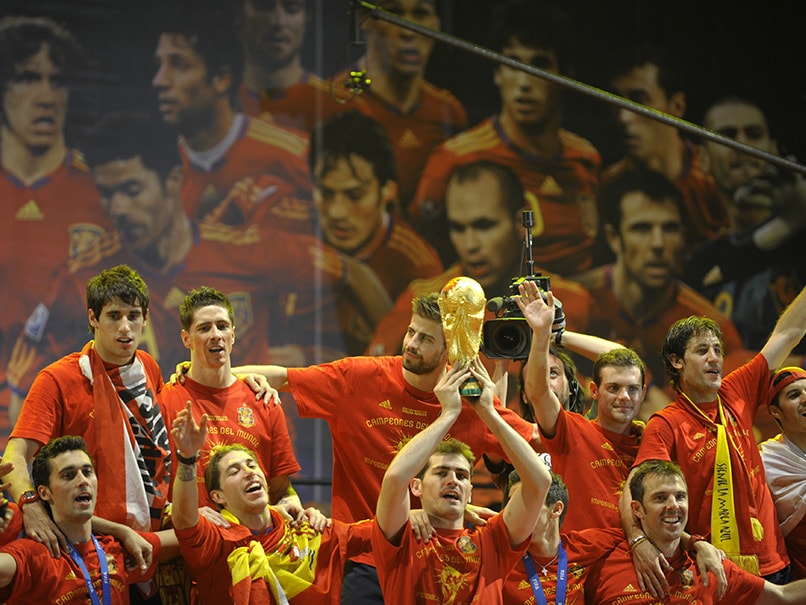 Only six out of 13 European qualifiers reached the second round, a record low. England were thrashed 4-1 by old rivals Germany in the last 16. But European powerhouses the Netherlands and Spain swept aside all to reach the final.

Spain, the 2008 European champions, beat the Dutch 1-0 in the final in Soccer City, Johannesburg to clinch their maiden world title.

The 2014 FIFA World Cup in Brazil gave world football many memorable moments that are etched in the minds of fans. From Germany dismantling Brazil 7-1 in the semi-finals to American veteran Clint Dempsey scoring the fastest goal of the tournament against Ghana, the 2014 World Cup had moments which one will never forget. 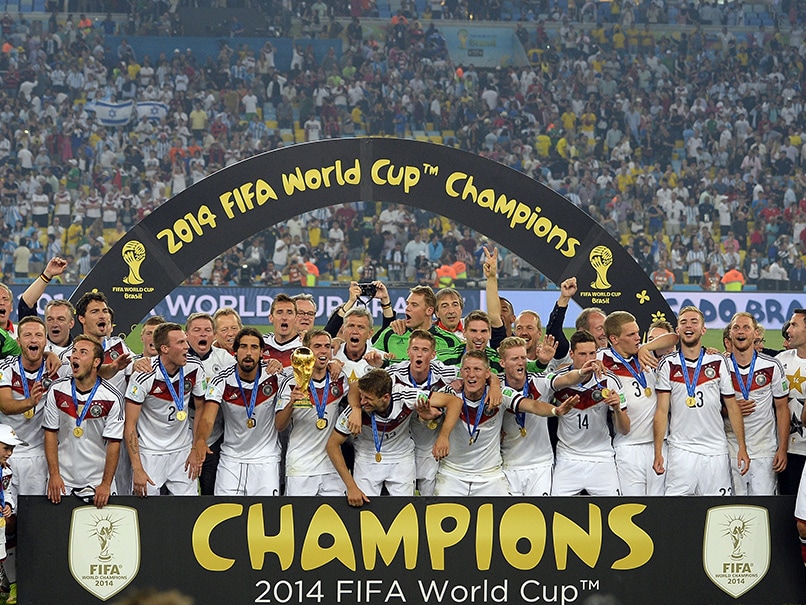 The noise was all about host nation Brazil that had last won the prestigious event in 2002. They started off well, beating Croatia 3-1 in the campaign opener and finishing top of Group A.

The Brazilians managed to beat Chile on penalties in the Round of 16 before getting the better of Colombia 2-1 in the quarter-finals. But what followed was one of the darkest days in Brazilian football as the hosts were drubbed 7-1 by Germany, exiting the tournament in disgrace.

Germany went on to beat Lionel Messi's Argentina in the final in extra-time to win their fourth world title.

One of the lasting memories from the World Cup saw Robin van Persie score with what was labelled as a gravity-defying header, in Netherlands' match against Spain that they won 5-1.

The World Cup in Russia had quite a few firsts. It was the first World Cup to be held in Eastern Europe and was reportedly the most expensive one, with an estimated cost of over 14 billion US dollars. The Russia tournament also saw the use of Video Assistant Referee (VAR) for first time in World Cup history.

Hosts Russia gave a good account of themselves, knocking out 2010 champions Spain in the Round of 16 before going down to Croatia in a penalty shootout in the quarterfinals.

However, the tournament belonged to one team -- France and gave birth to a new superstar on the global stage -- Kylian Mbappe.

Bolstered by a mix of experienced campaigners and young sensations France, the 2016 Euro Cup runners-up,

lifted the coveted FIFA World Cup trophy for the second time. Their first World Cup triumph came back in 1998.

The golden generation of Spain were the undisputed kings of the world, having won the Euro 2008 which was followed by World Cup triumph in 2010. In 2012, Spain sealed their place in history as the first side to win three successive major international tournaments with a stunning win over Italy in the final in Kiev to claim a successive European crown.

Not only did Spain win the title, but the manner in which they won only served to prove the claim of being one of the greatest international sides of all time. Italy had come into the final after some sterling performances but proved to be no match for a rampant Spanish side.

Euro 2012 also marked the first-ever edition of the quadrennial football showcase to take place behind the former Iron Curtain.

After several years of unprecedented success came the lows for defending champions Spain. The 2014 World Cup had signalled the end of an era of Spanish dominance when Vicente Del Bosque's team was eliminated from the tournament with a game of the group stage still to play. Their title defence began with a heavy loss to the Netherlands and things didn't improve after that.

In Euro 2016, the Italians exacted revenge for the loss in the final of the 2012 tournament by beating Spain 2-0 and dumping them out in the last 16 stage.

The tournament belonged to one man and his team -- Cristiano Ronaldo. Despite Ronaldo's final participation ending in tears, Portugal went on to clinch the title for the very first time in the history. 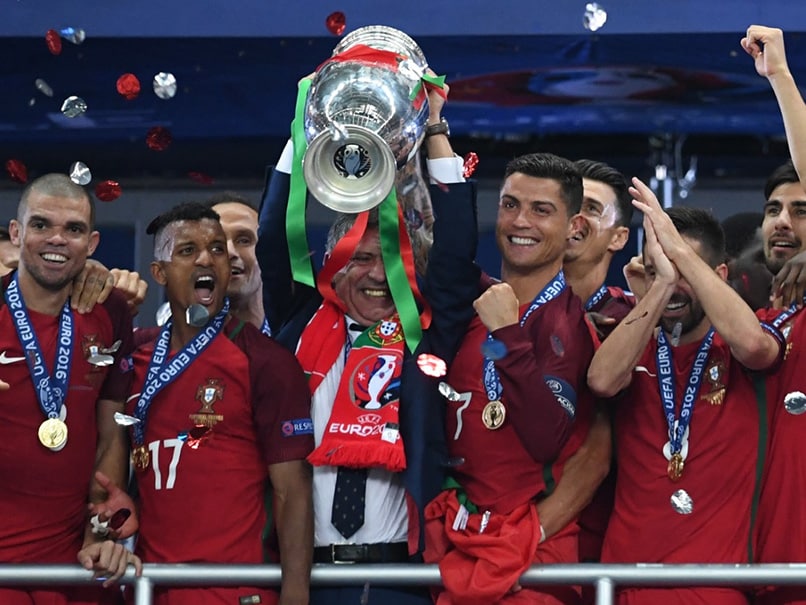 Another team that announced themselves to the world were Iceland. In what will go down as one of the biggest upsets in world football, Iceland, ranked 34th in the world and with a population of just under 330,000, shocked the world by beating England to take their place in the last 8 in what was their first international tournament.

The popularity of England's top flight soared even higher this decade with Premier League stars becoming household names not only in Europe but also in Asia and Africa. Premier League completely took over the Indian market with its surging popularity outshining La Liga and the other European leagues.

Chelsea were the dominant team in terms of success in the Premier League this decade, winning three league titles, one Champions League, two Europa League titles as well as multiple FA Cups and a League Cup.

Manchester United's power waned in the second half of the decade, especially after the legendary Sir Alex Ferguson bid goodbye to the club in 2013. As one Manchester club's power decreased another's surged. The decade saw the rise and rise of Manchester City. The takeover of City by the Abu Dhabi United Group took place in 2008 but the big honours eluded them in the coming years. But all that changed in 2013 when Sergio Aguero scored a last gasp winner to hand Manchester City the title on a dramatic final day.

The decade also saw the unlikeliest of teams winning the English crown. Leicester City shook the world order by winning the 2015-16 Premier League and lifting the first top-flight trophy in the club's 132-year history. 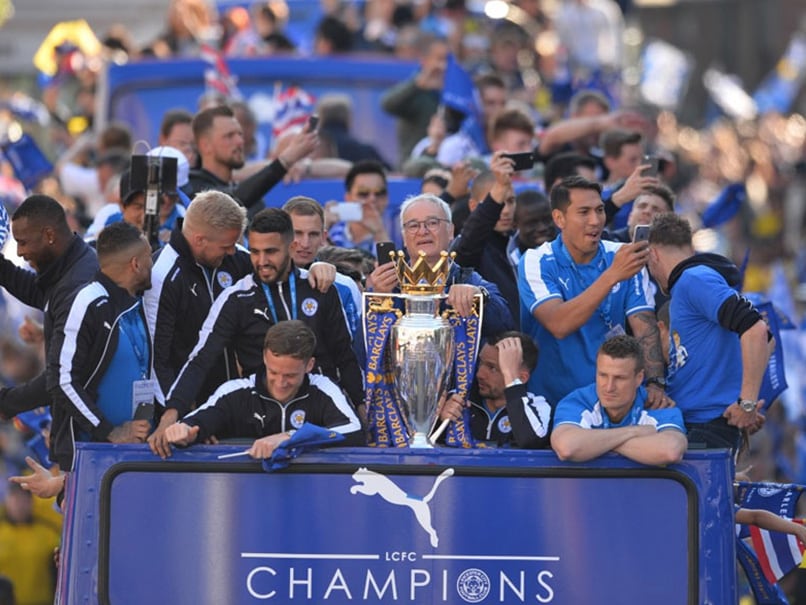 Real Madrid won just two league titles in the decade with the real success coming in the Champions League for the Galacticos. The only time a team besides Barcelona or Real Madrid won La Liga was in the 2013-14 season when Diego Simeone's Atletico Madrid won the title, their first since 1996.

Atletico Madrid became the first team since Valencia in 2004 to win La Liga and break Barcelona and Real Madrid's hegemony over the league.

The Italian league was pretty much one-way traffic for almost the entire decade. Inter Milan had won

However, post that it was complete domination from the Old Lady of Turin. By winning the 2018-19 Serie A title, Juventus record an unprecedented eighth successive title triumph.

As expected, Bayern Munich held a stranglehold over Germany's domestic league, winning the league title eight times, including the 2009-10. There were however pockets of resistance from Borussia Dortmund, who were then managed by Jurgen Klopp. Dortmund won back-to-back titles (2010-11, 2011-12), finishing runners-up another four times in the coming years to provide much-needed competition to Bayern Munich in the league.

After Dortmund's title triumph in 2011-12 season, Bayern Munich completely dominated the league by winning the next seven Bundesliga titles in a row to increase their dominance in Germany.

Cristiano Ronaldo Football Year 2019 Sports2019
Get the latest updates on ICC T20 Worldcup 2022, check out the Schedule and Live Score. Like us on Facebook or follow us on Twitter for more sports updates. You can also download the NDTV Cricket app for Android or iOS.