Cristiano Ronaldo scored twice as Juventus bounced back from their first defeat of the season to beat Udinese 3-1 and move top of Serie A on Sunday. 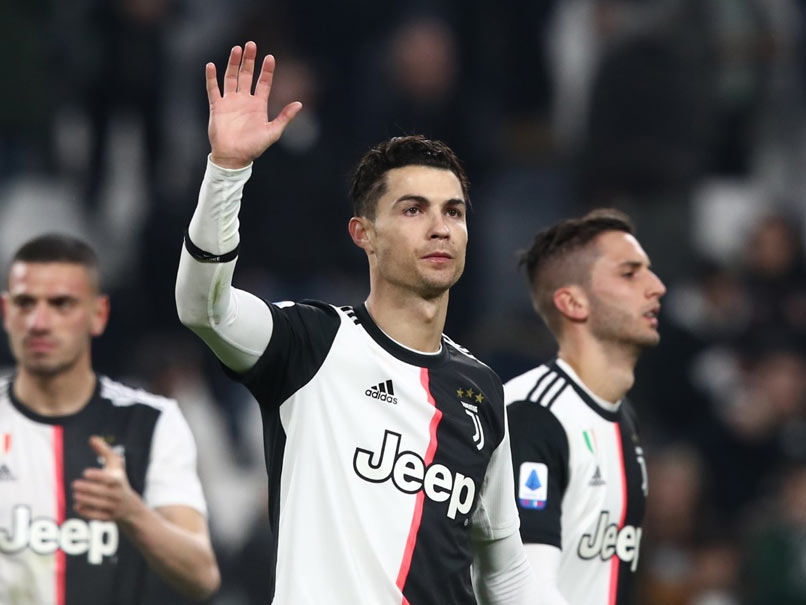 Cristiano Ronaldo struck twice in the first half to make it five goals in four games.© AFP

Cristiano Ronaldo scored twice as Juventus bounced back from their first defeat of the season to beat Udinese 3-1 and move top of Serie A on Sunday. Ronaldo struck twice in the first half to make it five goals in four games as champions Juve move one point ahead of leaders Inter Milan ahead of their trip to off-form Fiorentina later on Sunday. Maurizio Sarri's side had taken just one point from their last two league games, falling 3-1 to Lazio in Rome last weekend after a 2-2 draw against Sassuolo the previous week.

But Portuguese star Ronaldo tapped in his first after nine minutes at the Allianz Stadium, and burst through to finish off a Gonzalo Higuain cross on 36 minutes.

Leonardo Bonucci sealed the three points just before the break when he headed in from close range.

Ignacio Pussetto pulled a goal back for 17th-placed Udinese four minutes into injury time with his close range effort beating Gianluigi Buffon in the Juventus goal.

Juventus play their final Serie A game before the winter break at Sampdoria on Wednesday, before a rematch against Lazio in the Italian Super Cup in Saudi Arabia next weekend.

Atalanta fell 2-1 at Bologna just days after the Champions League newcomers sealed their place in the competition's last 16 despite losing their first three matches.

Rodrigo Palacio tapped in the first after 12 minutes for Bologna off a rebound after a Riccardo Orsolini effort came off the post.

Andrea Poli nodded in the second eight minutes after the break, before Ruslan Malinovskyi connected with a Musa Barrow cross to pull a goal back on the hour mark.

Atalanta failed to take advantage of their numerical superiority late on, as Bologna played the last five minutes a man down after Brazilian defender Danilo was sent off for two bookable offences.

Gian Piero Gasperini's side are sixth on 28 points, one point off the Champions League places, with European rivals Cagliari, Lazio and Roma still to play this weekend.

AC Milan were held to a goalless draw against Sassuolo at the San Siro as the former European giants marked their 120th anniversary in tepid style.

Theo Hernandez had a goal ruled out after half an hour following a Franck Kessie handball in the buildup, with Rafael Leao hitting the crossbar and the post.

Stefano Pioli's side failed to make it three wins in a row and sit 10th with Sassuolo four places and five points below.

Hellas Verona battled back from three goals down with all three substitutes scoring in a 15-minute second-half spell to hold Torino 3-3.

Torino had taken a comfortable lead at the Stadio Bentegodi after Christian Ansaldi scored a brace with Alex Berenguer also on target for the visitors.

But the hosts hit back with three goals after 69 minutes from players who all came off the bench.

Giampaolo Pazzini converted a penalty on 69 minutes after Gleison Bremer was deemed to have used his elbow to block the ball.

Pazzini was then involved in the second with Valerio Verre smashing in off a rebound, before Mariusz Stepinski added a third by pounching on a defensive error from Ola Aina to finish off.

Torino are ninth, with Verona two points back in 12th, in the hosts' final match before the winter break.

Torino next play SPAL on Saturday.