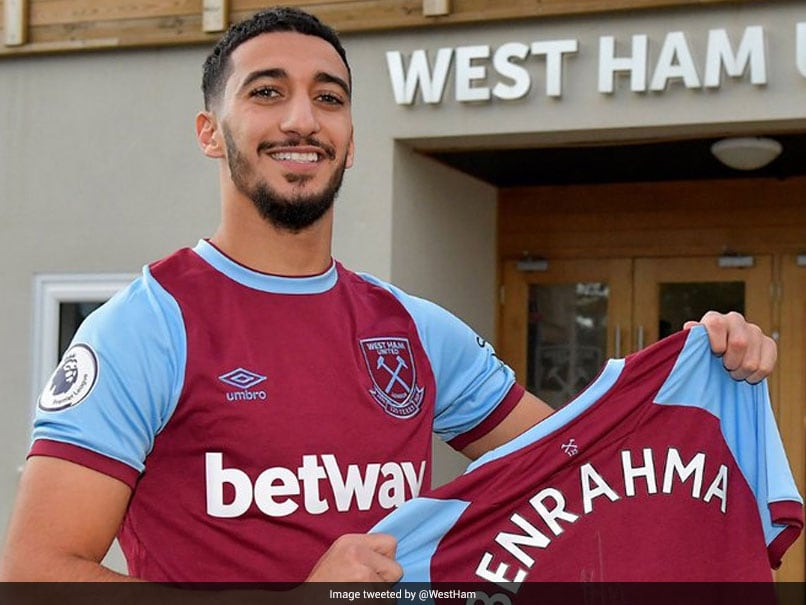 West Ham United have completed the signing of Said Benrahma on a season-long loan from Brentford.© West Ham/Twitter

West Ham United have completed the signing of Said Benrahma on a season-long loan from Brentford, the Premier League club announced on Friday. There had been speculation that the Algeria winger had failed a medical but the Hammers said Benrahma would be moving across London until the end of the current campaign after formalising the deal before Friday's transfer window deadline. However, the 25-year-old will not be available for the clash against TottenhamHotspur on Sunday. Said Benrahma became a target after he scored 17 times for Championship club Brentford last season.

"I'm very, very happy to be a part of this team," said Benrahma in a West Ham statement.

"West Ham is a historic club, which has been in the Premier League for a very long time. It included and still includes good players. It's a massive club in England."

Hammers coach Moyes added: "I'm delighted to welcome Said to West Ham. He is a player who has had a lot of recognition for his performances with Brentford in the Championship."

Moyes has missed West Ham's last four matches after testing positive for coronavirus prior to the League Cup match against Hull.

He self-isolated and worked from home as West Ham secured notable wins over Wolves and Leicester, but the 57-year-old will be in charge of the 10th-placed Hammers at White Hart Lane.

"I'm all good," said Moyes. "Like everybody else, I followed all the guidelines.

"In fact I stayed at home a little longer because I didn't want to be a spreader."

West Ham United Brentford English Premier League Football
Get the latest updates on IPL Auction 2023 and check out  IPL 2023 and Live Cricket Score. Like us on Facebook or follow us on Twitter for more sports updates. You can also download the NDTV Cricket app for Android or iOS.