Troy Deeney has consistently voiced his concerns over the speed with which the Premier League hopes to return to playing matches. 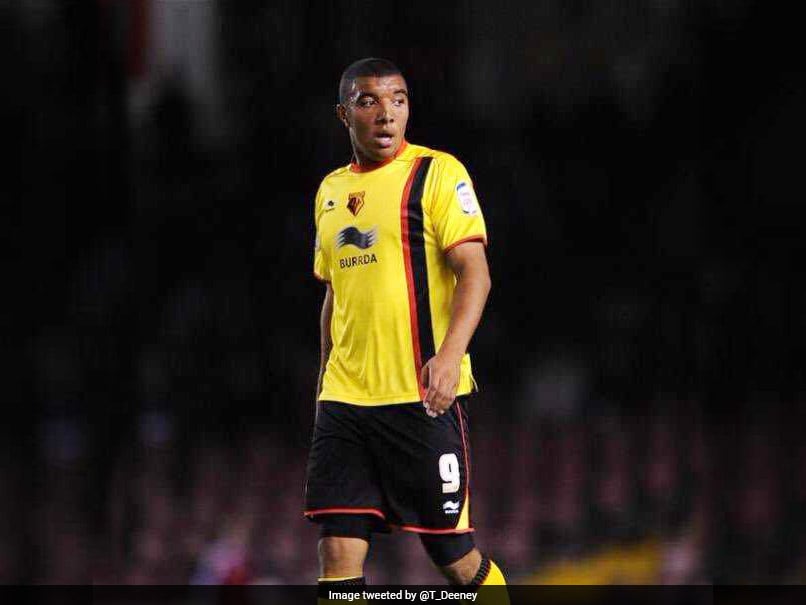 Troy Deeney said his son is having breathing problems and he doesn't want to increase risks at home.© AFP

Watford captain Troy Deeney will not return to training this week over fears he could pass coronavirus on to his five-month-old son. Deeney has consistently voiced his concerns over the speed with which the Premier League hopes to return to playing matches despite the United Kingdom having the second-highest death toll in the world. England's top-flight clubs are due to return to training in small, socially distanced groups on Tuesday. Training will then be stepped up to full contact with the aim of resuming the season by the middle of next month.

"We're due back in this week. I've said I'm not going in. It's nothing to do with financial gain," Deeney said on the Talk The Talk podcast.

"My son is five months and he's had breathing difficulties. I don't want to come home and put him in more danger."

All players and staff will be regularly tested, but Deeney highlighted the contradiction of contact sport returning at a time when the public are told to continue following social distancing guidelines.

The 31-year-old also added he is willing to take a financial hit if not playing results in a reduction in wages.

"While we are being tested and while we are going to be in a very safe environment, it only takes one person in the group. I don't want to be bringing that home," he added.

"I just said the simplest thing. I can't get a haircut until mid-July, but I can go and get in a box with 19 people and jump for a header.

"I've lost my dad, my gran, my grandad. I've lost more or less everyone that I care about. So that, to me, is more important than a few quid in my back pocket."

Deeney also raised the concerns of black, Asian and ethnic minority players over studies that they are more at risk from the virus.

Black men and women are nearly twice as likely to die from COVID-19 as white people in England and Wales, according to the Office for National Statistics.

"Within the meeting I asked very simple questions. For black, Asian and mixed ethnicities they are four times more likely to get the illness and we're twice as likely to have long-lasting illnesses," Deeney said.

"Is there any additional screening? Heart stuff to see if people have got problems? No. Okay, well I feel like that should be addressed."

However, Newcastle manager Steve Bruce praised the attention to detail in the Premier League's protocols and said the vast majority of his players are in favour of a return to training.

"They have done everything they possibly can to make sure everyone is safe," Bruce told the BBC. "The attention to detail is fantastic. I think everything has been put in place.

"They have been meticulous in their planning. The vast majority of our squad are satisfied.

"Let's get up and going and see where it takes us. I think all of us want to get it started and finished."

Watford Troy Deeney Football
Get the latest updates on ICC T20 Worldcup 2022 and CWG 2022 check out the Schedule, Live Score and Medals Tally. Like us on Facebook or follow us on Twitter for more sports updates. You can also download the NDTV Cricket app for Android or iOS.