Chhetri is the highest goal-scorer so far in the ongoing Intercontinental Cup football tournament. 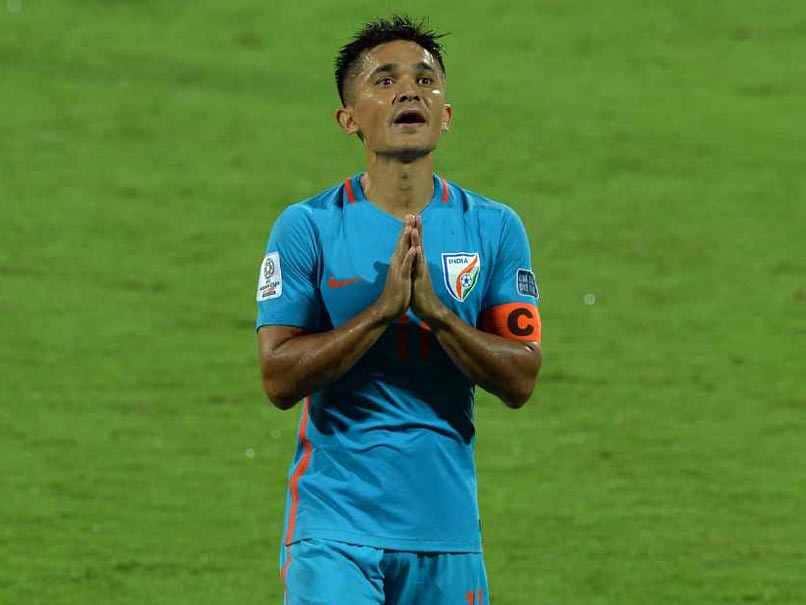 Chhetri is the highest goal-scorer in the ongoing Intercontinental Cup.© AIFF

Talismanic India football team captain Sunil Chhetriwas left disgusted after a fan threw the national flag on him during the ongoingIntercontinental Cupat the Mumbai Football Arena. India is hosting lower-ranked nations Kenya (111th), Chinese Taipei (121) and New Zealand (133) in the tournament. According to reports, the spectator threw the flag targeted on Chhetri to get his autograph ahead of the fixture.

The gesture from the fan evidently created a ruckus with the security guards, AIFF officials and Chhetri himself appealed to the spectator not to do such things.

Earlier on Thursday a third-string New Zealand side defeated a lacklustre India 2-1 in the Intercontinental Cup after Chhetri handed India the lead in the 48th minute.

India coach Stephen Constantine had made seven changes to the starting line-up from their last match against Kenya and that cost them dear. Three crosses in the first two minutes by New Zealand's Sarpreet Singh threatened to open up the Indian defence.

However, India's loss to New Zealand on Thursday left them short of final qualification as they are presently 2nd on the points table behind the Kiwis and will have to wait for the outcome of the Kenya vs Chinese Taipei game to see how they end up.

The 33-year-old Chhetri is the leading goal-scorer in the tournament with 6 goals so far.

India Sunil Chhetri Football
Get the latest updates on IND vs NZ 2021, check out the Schedule and Live Score . Like us on Facebook or follow us on Twitter for more sports updates. You can also download the NDTV Cricket app for Android or iOS.