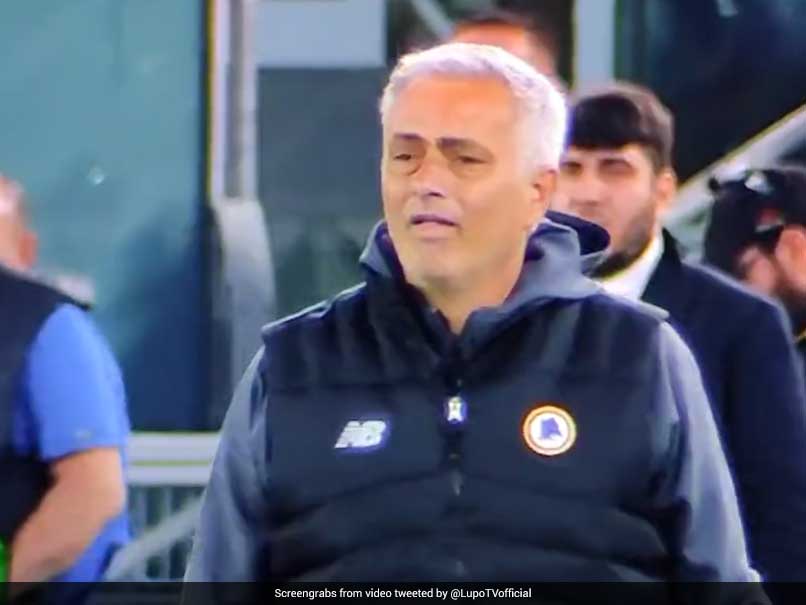 Roma manager Jose Mourinho was moved to tears after the Italian team reached the final of the inaugural UEFA Europa Conference League after beating Leicester City 2-1 on aggregate. After playing out a 1-1 draw at the King Power last week, Tammy Abraham's first-half strike at the Stadio Olimpico was enough to take Roma through to the final. Moments ahead of the final whistle, Mourinho got a bit emotional and tears started coming out of his eyes as Roma reached just their second European final.

You can see what this means to José. He will do anything to bring this city, this club, to glory. And lets be honest, it's a message to the world that he is still the special one.pic.twitter.com/3ILYrDBNvt

On being asked about his reaction, Mourinho told: "I am very emotional. This for us is our Champions League."

"When you work in Rome, live in Rome and breathe Rome, you breathe this club because it is the real club of the city. I felt from day one it is huge, but no victories and not many finals. The history is not related to the social dimension of the club," he was quoted as saying by Goal.com.

Mourinho, who had joined Roma ahead of the start of the season, has won three major European titles - two Champions League (Porto 2003/04, Inter Milan 2009/10) and one Europa League (Manchester United 2016/17).

In the 11th minute of the match, Abraham headed home from skipper Lorenzo Pellegrini's cross to give Roma an early lead.
While Leicester had the majority of possession, Roma held on to reach their first European Final in 31 years.

Roma will now take on Feyenoord in the final at the Air Albania Stadium on May 26.

Feyenoord Jose Mourinho Football
Get the latest updates on Fifa Worldcup 2022 and check out  Fifa World Cup Schedule, Stats and Live Cricket Score. Like us on Facebook or follow us on Twitter for more sports updates. You can also download the NDTV Cricket app for Android or iOS.