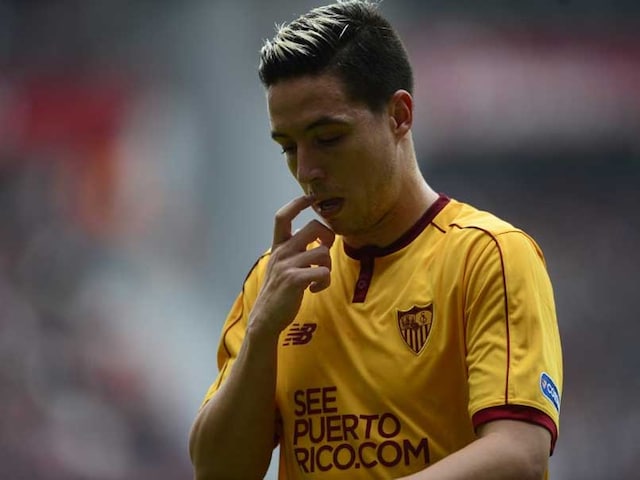 Samir Nasri is currently on loan at Sevilla from Manchester City.© AFP

French midfielder Samir Nasri, on loan to La Liga club Sevilla from Manchester City, is under investigation by the Spanish Anti-Doping Agency after being named by a Los Angeles clinic as a recipient of a intravenous vitamin treatment.

"Following the publication of this information, the agency launched an investigation to find out what the treatment is," a source from the AEPSAD agency told AFP on condition of anonymity.

"The presence of a sportsman in a clinic like this is suspicious as such."

The probe was initiated after the Los Angeles-based Drip Doctors clinic tweeted that it had treated Nasri, saying its Immunity Drip IV would allow the French player to stay hydrated and on top form throughout the tough season.

Drip Doctors say they specialise in not only intravenous vitamin therapy and hydration, but also anti-aging and cosmetic enhancements.

The Spanish Anti-Doping Agency was in contact with "all parties", the source said.

Comments
Topics mentioned in this article
Football Sevilla Manchester City Samir Nasri
Get the latest Cricket news, check out the India cricket schedule, Cricket live score . Like us on Facebook or follow us on Twitter for more sports updates. You can also download the NDTV Cricket app for Android or iOS.