PSG have quashed reports the club could be forced to sell either Kylian Mbappe or Neymar in a bid to circumvent eventual FFP sanctions. 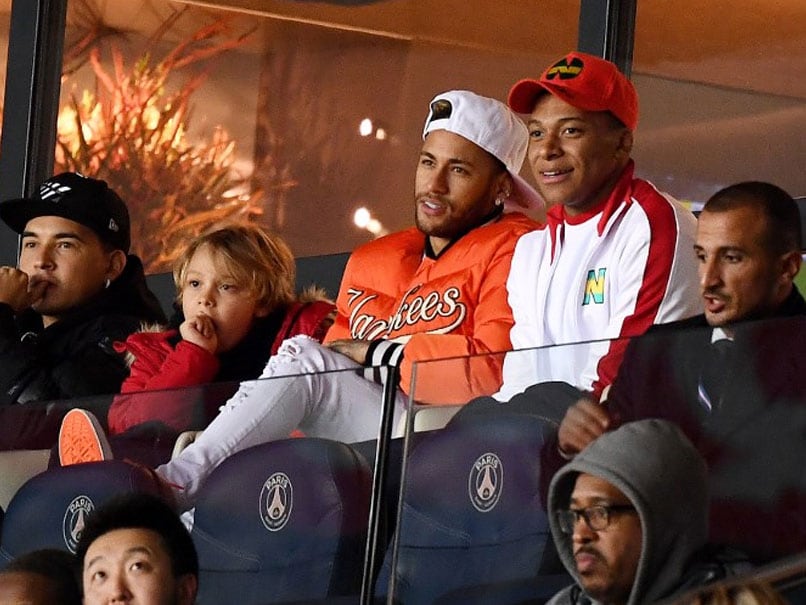 PSG splashed a combined total of more than 400 million euros for Neymar and Kylian Mbappe.© AFP

French champions Paris Saint-Germain have quashed reports the club could be forced to sell either Kylian Mbappe or Neymar in a bid to circumvent eventual Financial Fair Play (FFP) sanctions. Qatar-owned PSG are one of a number of clubs under scrutiny from UEFA's FFP regulations after splashing a combined total of more than 400 million euros in 2017 for Brazil star Neymar and World Cup winner Mbappe. Rival clubs and even the president of Spain's La Liga championship, Javier Tebas, bemoaned the lack of sanctions for PSG, who according to recent leaked documents have violated the strict financial regulations put in place by European football's ruling body.

UEFA still have their eye on PSG and their finances and daily sports newspaper L'Equipe claimed late on Friday that any future sanctions could see the club sell one of their most coveted stars.

But PSG were quick to shoot down the report.

"In an article published on their website on Friday night, L'Equipe dared to say that 'PSG is ready to lose Kylian Mbappe or Neymar Jr to avoid (FFP) sanctions'," said a statement issued by the club.

PSG "vehemently denies these totally false and ridiculous allegations, which serve only to recreate a climate of tension between the club and this media outlet."

The front page of L'Equipe on Saturday carried pictures of both Mbappe, the 19-year-old who struck in a 4-2 World Cup final win over Croatia last summer, and Brazil star Neymar while page two claimed the club are "ready to lose a star".

UEFA's auditors opened an investigation into PSG in September 2017 following the purchase of Neymar from Barcelona and Mbappe from Monaco earlier that summer.

The case was shelved in June 2018, before being reopened in September 2018. PSG reacted by appealing to the Court of Arbitration for Sport (CAS), claiming it has met UEFA's FFP demands.

A UEFA spokesman said last month: "We will have to wait for CAS's decision on PSG's appeal before looking at this issue."

Barcelona Kylian Mbappe Neymar Football
Get the latest updates on IPL 2021, check out the IPL 2021 Schedule and Indian Premier League Live Score . Like us on Facebook or follow us on Twitter for more sports updates. You can also download the NDTV Cricket app for Android or iOS.