Raphinha converted a penalty to give Leeds United the lead against Brentford in the Premier League fixture on Sunday. 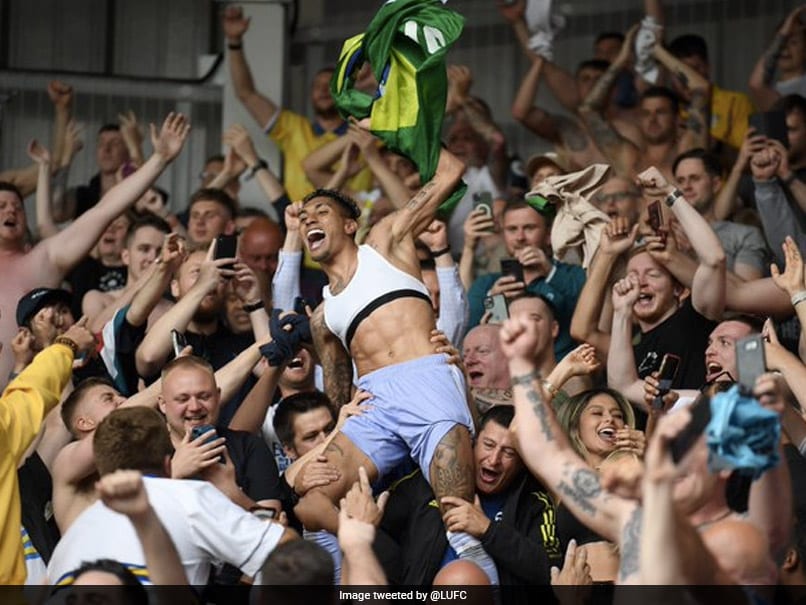 Leeds United entered the contest against Brentford with all to do on Sunday and the side was hoping to survive relegation from the Premier League. Leeds United went on to register a 2-1 win while Burnley suffered a 1-2 loss against Newcastle United and the turn of events helped Jesse Marsch's side stay in the top-flight competition of English football. It was Raphinha who had given Leeds United the lead in the game. Sergi Canos drew Brentford level in the second half, but in the dying minutes of the game, Jack Harrison scored for Leeds, giving them a 2-1 win.

After the win, the entire Leeds United staff and players erupted with joy and Raphinha celebrated by jumping into the crowd to enjoy the moment with the travelling fans.

Talking about Burnley's game against Newcastle, Callum Wilson scored twice for Newcastle and in the end, they walked away with a 2-1 win. For Burnley, Maxwel Cornet had scored in the 69th minute of the game, but Newcastle managed to hang on.

On Sunday, Manchester City were crowned the Premier League champions after Pep Guardiola's side came back from two goals down in the second half to beat Aston Villa 3-2 at Etihad.

It was IIkay Gundogan who scored two goals for Manchester City after coming on as a substitute in the 68th minute of the game.

City won the title with 93 points from 38 games with Liverpool finishing a point behind them.

Burnley English Premier League Football
Get the latest updates on ICC T20 Worldcup 2022, check out the Schedule and Live Score. Like us on Facebook or follow us on Twitter for more sports updates. You can also download the NDTV Cricket app for Android or iOS.