Premier League: Frank Lampard Says Chelsea Will Take Time To Get The Wood On Liverpool

Premier League: Chelsea manager Frank Lampard said the club will need time to bridge the gap on Liverpool after a 2-0 defeat on Sunday. 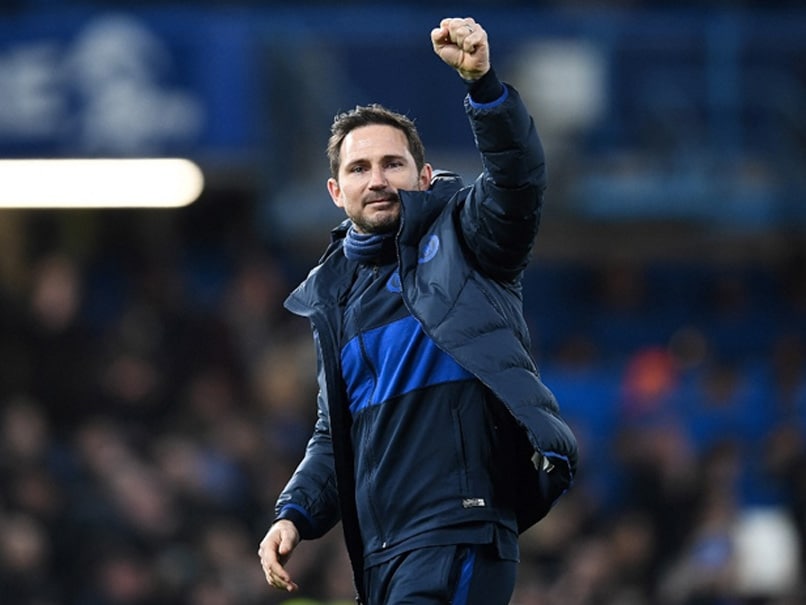 Our objectives, our expectations are higher, but we will take some time, said Frank Lampard.© AFP

Frank Lampard admitted Chelsea will need time to close the gap on Liverpool at the top of the Premier League after the champions laid down an early season marker with a 2-0 winon Sunday. Sadio Mane did all the damage for Jurgen Klopp's men as he provoked a red card for Andreas Christensen late in the first-half before scoring twice in four minutes early in the second period. Chelsea have spent GBP 200 million ($260 million) in the transfer market to cut into the 33-point gap between the sides last season, but the decision to invest most of that in forwards rather than addressing more urgent defensive needs was badly exposed on another afternoon to forget for goalkeeper Kepa Arrizabalaga.

"Every team that's been successful has had time, has had a process and our process starts here. Not from last year," said Lampard, who could not make any signings in his first transfer window in charge last year due to a transfer ban.

"Our objectives, our expectations are higher, but we will take some time. "

Victory takes Liverpool level on points with Everton, Arsenal and Crystal Palace at the top of the table as the only sides with maximum points from their opening two games.

And even before the red card, the visitors showed they will take some shifting as champions this season.

"That's what we have to show all the time," said Klopp. "It's really important that we show ourselves. I saw us today and I loved it."

A lack of defensive reinforcements was obvious in Lampard's gameplan as the Chelsea sat back and tried to protect a backline that conceded 54 league goals last season in a cagey first-half.

But the hosts' good defensive work was undone seconds before the break as Mane raced onto Jordan Henderson's ball over the top and was hauled down by Christensen.

Referee Paul Tierney initially only showed a yellow card, but overturned his decision after viewing the incident on a pitchside monitor and Christensen was dismissed.

Klopp irked Lampard when he said the Reds could not behave like clubs owned by oil-rich states or oligarchs such as Manchester City and Chelsea in the transfer market.

But Liverpool have been busy this week with Thiago Alcantara and Diogo Jota becoming their first major signings for two years.

Klopp instantly called for Thiago to make his debut at half-time in place of the injured Henderson and it took just five minutes in the second-half to make the breakthrough.

Mane again did the damage as he met Roberto Firmino's cross with a firm header into the far corner.

Chelsea's spending spree is not yet over with Edouard Mendy set to join from Rennes as Lampard's patience with Kepa, who cost a world record £72 million for a goalkeeper two years ago, exhausted.

Liverpool's second will only have confirmed the former England midfielder's decision as Kepa's casual pass was intercepted by Mane, who then turned the ball into an empty net.

"I've got to try and give him confidence because a goalkeeper absolutely relies on confidence, but it's a clear mistake," added Lampard.

Alisson Becker's record as the world's most expensive goalkeeper lasted just three weeks in 2018 between his move from Roma to Liverpool and Chelsea paying Kepa's buyout clause from Athletic Bilbao.

But the Brazilian has more than justified his £67 million price tag in winning the Champions League and Premier League over the past two seasons and produced a big save when Liverpool needed it.

Thiago did not have a perfect debut as he conceded a penalty for clipping Werner's legs as he burst into the area 15 minutes from time.

Jorginho's stutter-step run up has fooled many a goalkeeper in the past, but Alisson held his ground before diving low to his left to save.

Liverpool Sadio Mane Frank Lampard Football
Get the latest updates on India vs South Africa and check out  Schedule, Results and Live Score. Like us on Facebook or follow us on Twitter for more sports updates. You can also download the NDTV Cricket app for Android or iOS.