Frank Lampard Says He Has "Respect" For Jurgen Klopp Despite Jibes

Chelsea manager Frank Lampard insists he has "huge respect" for Jurgen Klopp despite his stormy relationship with the Liverpool boss. 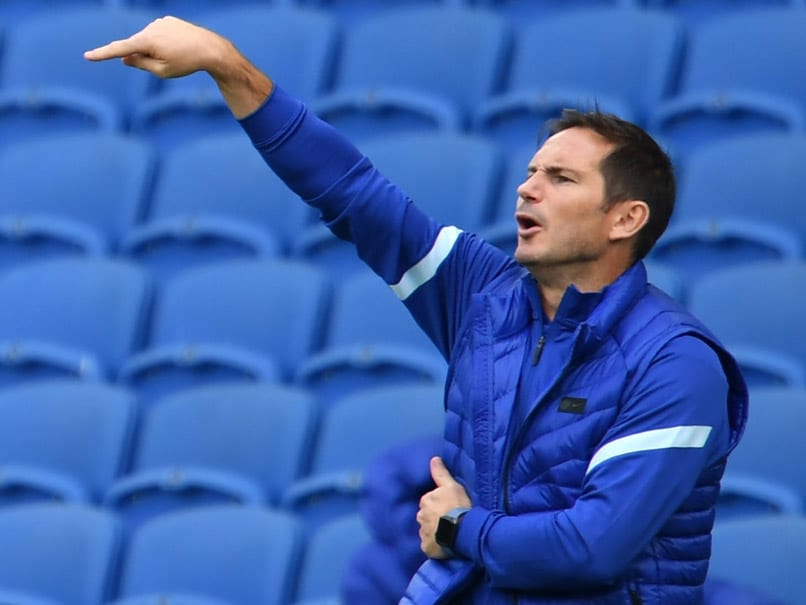 Frank Lampard said what Jurgen Klopp has done in his time at Liverpool has been incredible.© AFP

Chelsea manager Frank Lampardinsists he has "huge respect" for Jurgen Klopp despite his stormy relationship with the Liverpool boss. Lampard launched an expletive-laced touchline tirade at Klopp and his assistant Pep Lijnders as tempers rose during Chelsea's 5-3 loss at Liverpool last season. He followed that blast by warning Klopp not to get "too arrogant" and the feud has continued into the new campaign, with Liverpool's Premier League visit to Chelsea on Sunday serving as another potential flashpoint in the growing rivalry.

He said his club could not act in the same way as those owned by oligarchs, in a reference to Blues supremo Roman Abramovich.

Lampard responded by saying it was "slightly amusing" to see Klopp complain about Chelsea's transfer investments when Liverpool had spent heavily in the past.

But Klopp was diplomatic about their relationship this week, insisting he admired Lampard as a player and was impressed with his managerial work.

Lampard was also keen to draw a line under the row when he spoke to the media ahead of Chelsea's clash with the Premier League champions, saying he had huge respect for his rival.

"What he has done in his time at Liverpool has been incredible and that is on him as the focal point of the club and the individual talent they have brought in," the Chelsea boss said on Friday.

"The nature of the world we live in is there's a lot of airtime for you to fill with rivalries. They can be scrutinised in every way.

"There is nothing in it for me. The competitive nature of the 90 minutes can always slightly boil over in different directions. The respect I have for Jurgen Klopp will never change."

Chelsea lost narrowly three times to Liverpool last season, but they did knock Klopp's men out of the FA Cup.

After finishing 33 points behind Liverpool, Lampard's spending has raised expectations that Chelsea will mount a serious title challenge this term.

Despite Lampard's protestations, beating Liverpool in their second game of the season would clearly lay down a title marker for Chelsea, who opened the campaign with a 3-1 win at Brighton on Monday.

"I don't feel it's a game to make a statement, it's the second game of the season," Lampard said. "On Monday we were in pre-season zone in terms of fitness. Now we take on the best team in the country last season.

"It's a nice challenge. We did pretty well head-to-head with them last year. It's a challenge to get three points against top opposition."

Lampard confirmed Christian Pulisic, Thiago Silva, Ben Chilwell and Hakim Ziyech were unavailable to face Liverpool due to fitness issues, but Werner is ready after suffering a dead leg against Brighton.

After criticism of Ruben Loftus-Cheek following the Chelsea midfielder's mediocre display on Monday, Lampard defended his player and called for him to be given time to fully recover following his Achilles injury.

"Ruben had a terrible injury, an injury that he worked very hard to come back from," he said. "I think if there is criticism of him in the game against Brighton then it is certainly very harsh."

"He's a hugely talented player and a great lad," he added. "So there will be lots more to come from Ruben Loftus-Cheek."

Liverpool Frank Lampard Jurgen Klopp Football
Get the latest updates on ICC T20 Worldcup 2022 and CWG 2022 check out the Schedule, Live Score and Medals Tally. Like us on Facebook or follow us on Twitter for more sports updates. You can also download the NDTV Cricket app for Android or iOS.