Mohammedan Sporting is ready to do all it can to ensure that Anwar Ali's promising football career is not cut short by a congenital heart condition -- even if that means playing him less than 60 minutes per match. 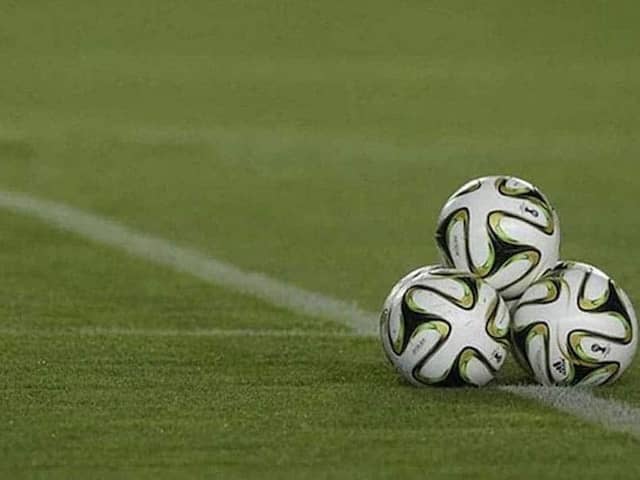 Mohammedan Sporting is ready to do all it can to ensure that Anwar Ali's promising football career is not cut short by a congenital heart condition -- even if that means playing him less than 60 minutes per match. Mohammedan Sporting secretary Dipendu Biswas on Wednesday said his club is ready to give even 30 minutes of playing time per game to the 20-year-old, who is determined to carry on. In addition to that, the club won't mind making arrangements for training sessions under special supervision for Ali.

Biswas, a former India international who has also turned out for the three Maidan heavyweights, cited his own example -- as well as of a few overseas players -- of having played the game with a similar condition for years.

"There was an England and Manchester United player who was diagnosed with a similar condition, now he would play for 60 minutes for the team and train under supervision. We are ready to follow in their footsteps, for Anwar," Biswas told PTI.

"And as you know, I played for so many years in top-flight with a similar condition."

Eagerly awaiting the All India Football Federation's medical committee verdict on his future in competitive football following another round of medical investigations and tests, Ali has written to the AIFF, saying stopping him from playing the sport would be a "death sentence" for him.

"Article 21 of the Indian Constitution guarantees me the right to earn a livelihood for myself.

"If I wish to take an informed risk and am ready to monitor my condition with the help of medical experts, then it is ultimately my choice, whether I wish to take the risk of playing football professionally," he wrote in the letter.

The sole bread earner of a poor family in Adampur village near Jalandhar, Ali said it would be very difficult for him to make ends meet without football.

"He (Ali) is a fine prospect for the country, and will be an asset to any team not just Mohammedan. The big league awaits him and we are also seriously eyeing an ISL spot having found an investor," Biswas said.

"Of course, at the end of the day, we will follow what the AFC and AIFF decide but it will be unfair if he is not playing football now," he added.

The federation's medical committee is currently deciding whether or not Ali should be allowed to play, having sent his reports to the Asian Football Confederation. He was recently asked to stop training.

Ali was a regular in India's campaign at the U-17 World Cup in 2017. He also scored the winner against Argentina U-20 side during a friendly match in the COTIF tournament in Spain.

The centre-back was even named among the probables by India senior team head coach Igor Stimac for the King's Cup in Thailand in 2019. But test reports from France, where he had gone to consult with a renowned specialist, prevented him from joining the camp.

Ali's career has been left hanging in the balance ever since he was diagnosed with the condition. It eventually led to the termination of his contract with ISL side Mumbai City FC, following consultations with top doctors in France and Mumbai.

He was a a part of AIFF's developmental side Indian Arrows after his promising beginning at the Minerva Punjab academy in Panchkula.