Former Uruguayan striker Diego Forlan is set to participate in a charity match featuring retired stars who played for Manchester United and Liverpool later this month. 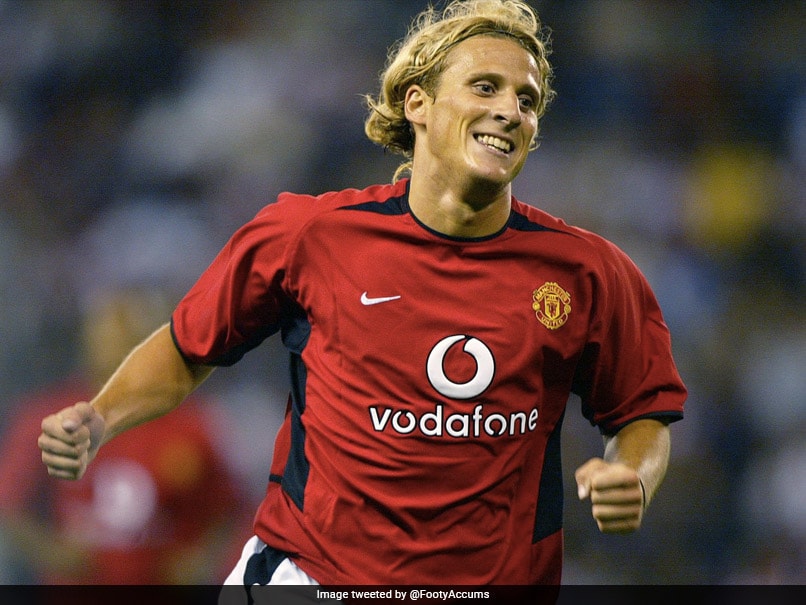 Diego Forlan is set to participate in a charity match.© Twitter

Former Uruguayan striker Diego Forlan is set to participate in a charity match featuring retired stars who played for Manchester United and Liverpool later this month. Announcing that Forlan will be playing for United in the game, the club shared a video of him scoring a goal directly from a corner. The video shows him taking a corner which swerves into the net. It's a feat not a lot of players manage to accomplish in football, and showed just why Forlan was such a dangerous player in his playing days.

@DiegoForlan7 from the corner flag!

The Uruguayan is among the former Reds returning to Old Trafford this month for our #LegendsOfTheNorth charity match #MUFC | @MU_Foundation pic.twitter.com/Nc4WfKA9VA

Forlan played for Manchester United from 2001 to 2005, but failed to really make his mark for the club, scoring just 17 goals in 98 matches after signing from Argentine club Independiente.

However, he attained cult status among the Old Trafford faithful with a brace against rivals Liverpool in a 2-1 win at Anfield in 2002.

He then went on to play for Vilarreal and then Atletico Madrid and Inter Milan.

He also had a stint with Mumbai City FC in 2016 in the Indian Super League, scoring five goals in 12 games.

He was also a crucial player for Uruguay and even won the Golden Ball award in the 2010 FIFA World Cup as he helped take the team to the semi-finals of the tournament.

He was the joint top scorer that year, with five goals and his volley against Germany in the match to decide the third-placed team was voted the best in the tournament.

Manchester United Diego Forlán Football
Get the latest updates on ICC T20 Worldcup 2022, check out the Schedule and Live Score. Like us on Facebook or follow us on Twitter for more sports updates. You can also download the NDTV Cricket app for Android or iOS.