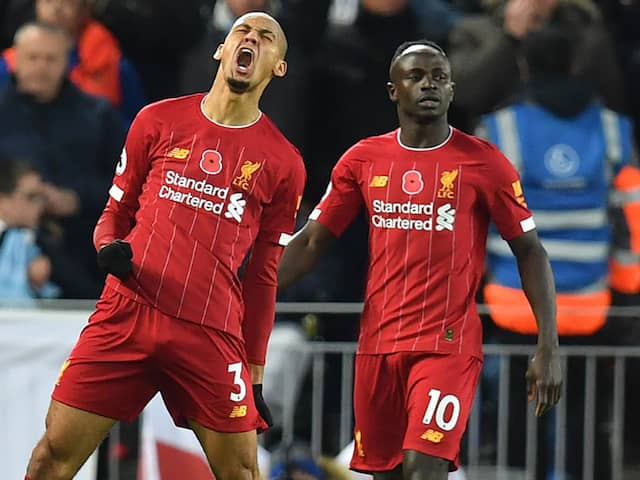 Liverpool beat Manchester City 3-1 at Anfield on Sunday to extend their lead at the top of the Premier League points table. The hosts started the game on a high and took two goals lead inside 13 minutes. Fabinho broke the deadlock in the sixth minute to hand Liverpool an early lead, while Mohamed Salah scored with a header in the 13th minute to double his side's lead. Manchester City were unlucky as they were denied a clear penalty chance before Liverpool's opening goal. Manchester City tried hard in the first-half but couldn't get on the score-sheet. Sadio Mane fired in a header in the 51st minute to push Man City further on the back foot. City's only goal came through Bernardo Silva in the 78th minute.

Sergio Aguero Sadio Mane English Premier League Football
Get the latest Cricket news, check out the India cricket schedule, Cricket live score . Like us on Facebook or follow us on Twitter for more sports updates. You can also download the NDTV Cricket app for Android or iOS.