Bundesliga Highlights: Borussia Dortmund registered a 4-0 win over Schalke as football made a successful comeback in Germany after coronavirus lockdown. 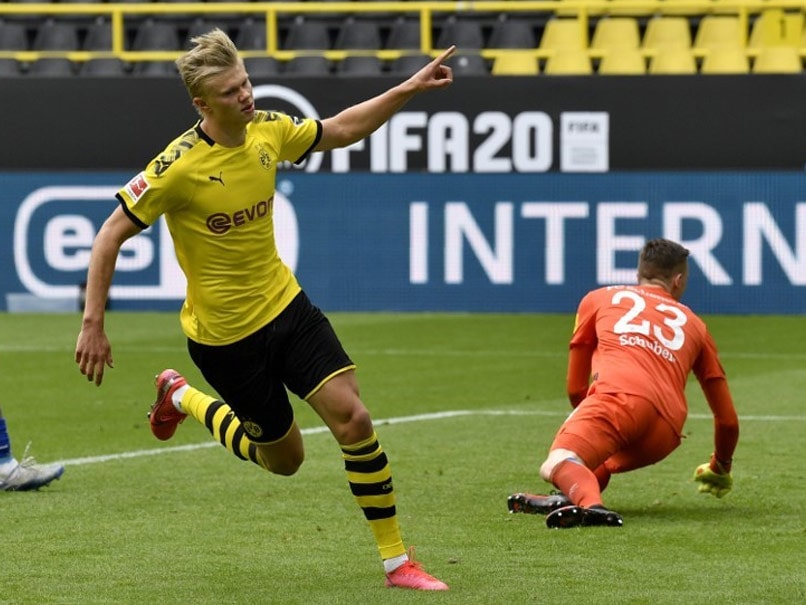 Raphael Guerreiro scored twice, while Erling Braut Haaland and Thorgan Hazard chipped in with a goal each as Borussia Dortmund registered a 4-0 win over Schalke 04 in football's return to Germany after the coronavirus lockdown. The pandemic had kept the world sports to a halt before Germany's football league Bundesliga decided to resume the game behind closed doors. German supporters called these matches "Geisterspiele" or ghost games as they were locked out. However, Borussia Dortmund didn't disappoint those who were watching them play at the empty stadium with the comforts of their home worldwide. In other Bundesliga matches, Augsburg lost 1-2 to Wolfsburg; Fortuna Dusseldorf and SC Paderborn 07 played out a goalless draw; Hoffenheim suffered a 0-3 loss to Hertha BSC and RasenBallsport Leipzig managed to draw 1-1 with Freiburg. Eintracht Frankfurt will host Borussia Monchengladbach later for the last Bundesliga game of the day.

FC Schalke 04 Live Blogs
Get the latest updates on ICC T20 Worldcup 2022, check out the Schedule and Live Score . Like us on Facebook or follow us on Twitter for more sports updates. You can also download the NDTV Cricket app for Android or iOS.