Ronald Koeman said on Friday he believes Lionel Messi is happy again at Barcelona but admits only the Argentina forward will decide his future at the club. 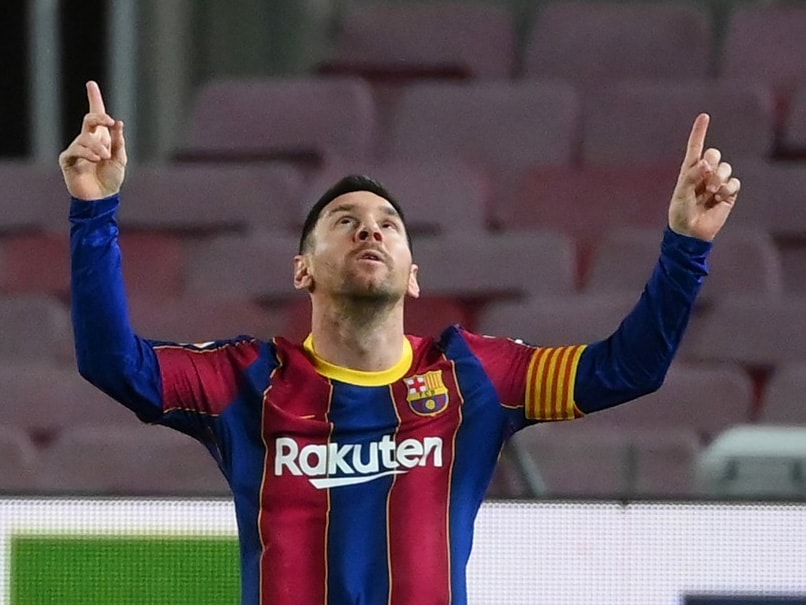 Ronald Koeman said Lionel Messi gives Barcelona a lot of quality and they need him.© AFP

Ronald Koeman said on Friday he believes Lionel Messiis happy again at Barcelona but admits only the Argentina forward will decide his future at the club. Messi can leave for free when his contract expires in June, with Manchester City and Paris Saint-Germain both expected to make a fresh attempt to sign the striker. "There is only one person who can decide his future and it is him," coach Koeman said. "I would like him to stay for many more years and I try to make sure he is happy, like he is at the moment. "Leo gives the team a lot of quality and we need him. He improves the morale and the energy of the team but his future is in his hands."

But Barca have been improving in recent weeks under the Dutch boss as they look to make it six La Liga wins in a row when they travel to Real Betis on Sunday.

Their revival has coincided with a return to form for Antoine Griezmann, who has scored seven goals in his last eight games, including two in a 5-3 Copa del Rey win over Granada on Wednesday.

"I remember the call I made to him when I joined Barca," said Koeman. "I told him I had a lot of confidence in him. I know he was not as effective at the beginning as he has been lately.

"But I never had my doubts about him and he is self-critical. He is important and he has always worked hard to get back and find his best. You can't ask for more".

Griezmann is among a number of players to have regained form, with his France teammate Ousmane Dembele also enjoying a resurgence.

"I don't know what has happened in previous years but he has improved a lot physically," said Koeman.

"He's great, he goes one-on-one, he's fast. I love this player. He is very involved, he is very happy and we have to continue like this."

Koeman confirmed Sergi Roberto is out with a thigh strain and will miss the Champions League first leg against Paris Saint-Germain later this month.