Jose Mourinho has set his sights on winning next season's Europa League if his side can qualify -- even though he admits it is "not a competition I am in love with". 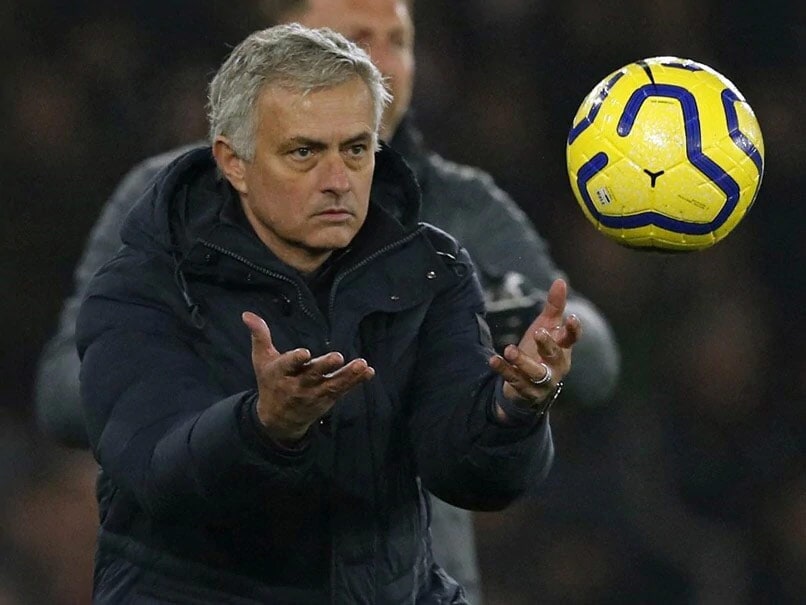 Jose Mourinho has already won the Europa League with Manchester United and with Porto.© AFP

Tottenham boss Jose Mourinho has set his sights on winning next season's Europa League if his side can qualify -- even though he admits it is "not a competition I am in love with". Spurs took a big step towards reaching the second-tier European competition with a 2-1 win against Arsenal on Sunday thanks to Toby Alderweireld's late goal. Mourinho has already won the Europa League with Manchester United and with Porto -- in its earlier guise as the UEFA Cup -- and wants his side to allow him a crack at a third. "I would love to play Europa League," said the Spurs boss, whose side are eighth in the Premier League table.

Seventh place could be enough to secure qualification, depending on results in the FA Cup.

"In my career I have only played the Europa League twice and I have won it twice. It would not be bad to play a third time and win it a third time. We have to fight until the end to finish in a Europa League place.

"If you ask (six-time Formula One world champion) Lewis Hamilton if he wants to win Formula Two, I don't think it will be a great deal for him, but it is a competition and I prefer to play Europa League than to not play."

While the victory helped Spurs' European ambitions, it dealt a major blow to Arsenal's.

Boss Mikel Arteta has vowed to keep on fighting until all hope has gone.

His side were in front through Alexandre Lacazette's first-half screamer before a defensive howler allowed Son Heung-min to equalise, with Alderweireld then left unmarked at a late corner.

"Points-wise it is a massive blow because we know the results this weekend, but we will keep trying until we have no hope," he said.

"This is who we are. We are fighting in two different ways, one in the league and one in the FA Cup. Will we do our best and try and finish as strong as possible."