Goalkeeper Scores Stunning Goal From His Own Box In Mexico. Watch Video

Guadalajara goalkeeper Jose Antonio Rodriguez scored a sensational effort to seal a 3-1 win for his team. 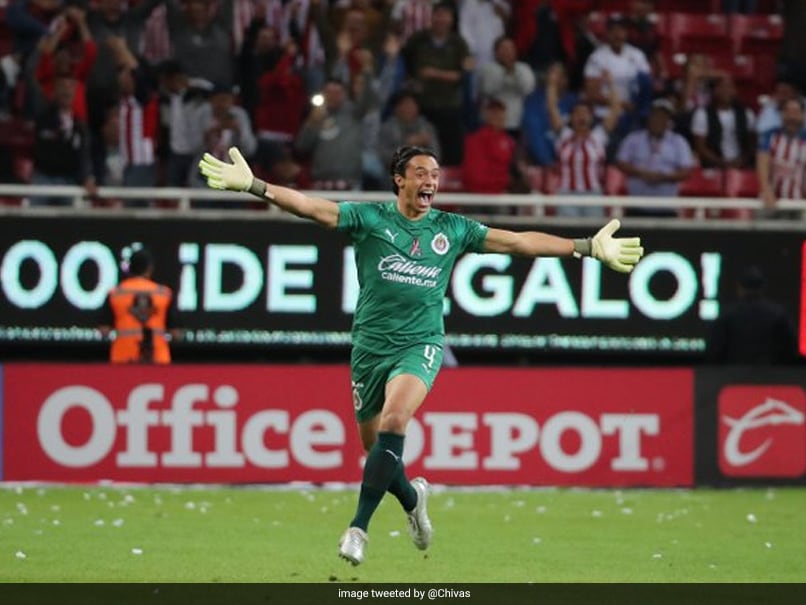 Jose Antonio Rodriguez scored his first ever goal in his professional career.© Twitter

In a sight not seen very often, CD Guadalajara's goalkeeper scored a stunning goal from his own half in their Mexican Primera Division match against bottom placed Veracruz. Collecting the ball near his goal in the 94th minute of the match, Guadalajara goalkeeper Jose Antonio Rodriguez saw that his Veracruz counterpart was in their half, having come forward with his team desperate for a goal, and decided to grab the opportunity. Rodriguez tossed the ball up and kicked it high and long, and it took a few bounces before going into the opposition goal even as Veracruz defenders raced to try and clear it.

Guadalajara came back from a goal down to take a 2-1 lead thanks to a brace from striker Alan Pulido. Veracruz got a set piece deep into added time. Desperate to level the game and take a point, the Veracruz goalkeeper had come forward to the opposition box.

However, they could not make the set piece count and Rodriguez exploited the opportunity. While most goalkeepers would try and launch a quick counter-attack, Rodriguez decided to go it alone. Veracruz's goalkeeper had just about crossed into his own half when he had to see the ball bounce into an empty net.

It was, unsurprisingly, Rodriguez's first goal in his professional career.

Rodriguez was part of the Mexico under-23 team that won Gold in the 2012 London Olympics.

With the 3-1 win, Guadalajara sit in 10th position while Veracruz stay firmly at the bottom of the table.