"Our team was finished physically by first 45 minutes. There was no energy left in them to match that pace in the second half," said Luis Norton de Matos. 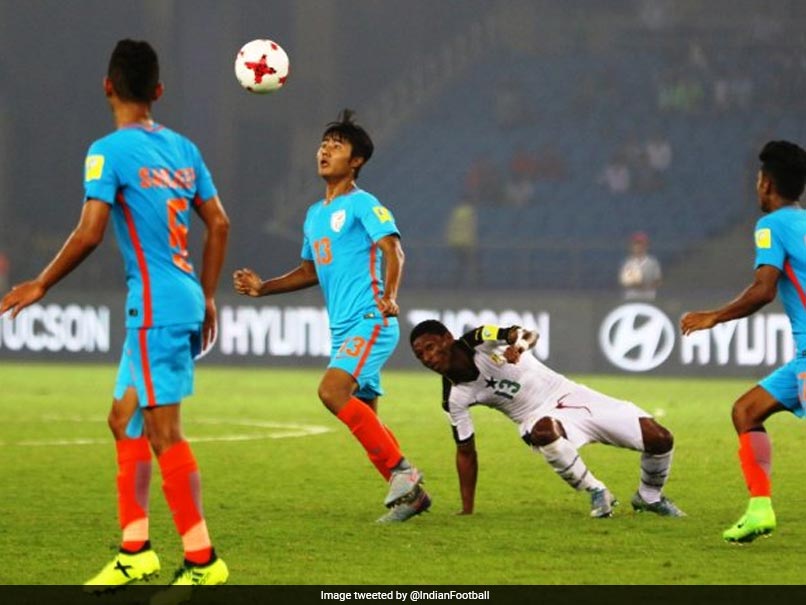 India could not match the energy level of Ghana in the second half of the game.© Twitter

India U-17 chief coach Luis Norton de Matos was honest in his admission that the gulf between India and Ghana was too big and the game's result in the FIFA U-17 World Cup was on expected lines. His counterpart Eric Fabiano also agreed that the hosts were no match for them. "After two hard games, it was complicated to play a side like Ghana. African teams at this age-group level are very tough. Ghana was the toughest team and today difference was very big. Our best chance was in the first two games," Matos said.

"Our team was finished physically by first 45 minutes. There was no energy left in them to match that pace in the second half. If they had to play one more match, they couldn't have played as they didn't have any energy left. But this Ghana team can play eight such games with same intensity," the India coach was honest in his assessment.

The only time he was miffed was when asked if conceding nine goals in three games was a good result.

"Would love to see how senior India teams perform against senior teams of these countries! Had it been Nepal, Bhutan or Maldives, it could be different. But I am proud of this team and we need to invest in them."

Asked if he would like to coach this team in the I-League, Matos said, "I would like to be a part of this team going into the future, but I still have a few meetings with the AIFF. It is possible."

Ghana coach Eric Fabino said: "We could have scored more but I am happy with it."

About the Indian team, the Ghanaian was frank in his assessment.

"They didn't pose any threat and didn't come to the party like other matches. We played fast-paced football and India couldn't cope with it."

Skipper Eric Aiyah, who scored the first two goals, said: "I think in first two matches we were tough and we couldn't capitalise chances. The coach taught how to maintain composure in the box."

The parting shot from the coach was a killer one. "India is far better placed than us in terms of infrastructure. But had we lost today, I would have had to take Indian citizenship," he laughed.

Comments
Topics mentioned in this article
India Football Team Ghana FIFA U-17 World Cup Football
Get the latest updates on ICC T20 Worldcup 2022, check out the Schedule and Live Score. Like us on Facebook or follow us on Twitter for more sports updates. You can also download the NDTV Cricket app for Android or iOS.