Tottenham Hotspur mid-fielder Dele Alli had some catching skills to show when he took a remarkable catch off a rebound from his foot in an intra-squad cricket match. 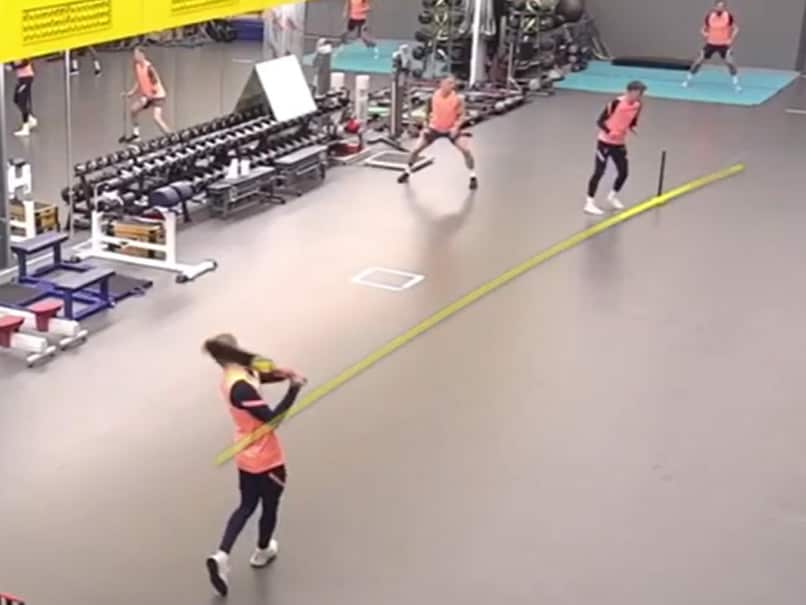 Dele Alli showed he could catch the ball too.© Dele Alli/Instagram

Tottenham Hotspur's Dele Alli had some catching skills to show in an indoor intra-squad cricket match as he deflected a ball hit at his foot before taking the rebound to complete a remarkable catch. Dele Alli posted a video on social media where Tottenham players, including Gareth Bale, are seen playing cricket. The batsman, a left-hander, hits the ball in the direction of Dele Alli, who stood at what would be called a straight short mid-on, and the midfielder showed some exceptional football skills before completing a catch.

"I think @joehartofficial was impressed with this one," wrote Dele Alli in the caption.

Joe Hart, though, had words of appreciation for his teammate. "Changing the game Del Boy @dele genius," wrote Hart in the comments.

The Spurs moved to the top of the English Premier League on Sunday by defeating Manchester City 2-0 as Son Heung-min and Giovani Lo Celso scored in counter-attack.

Tottenham have not won a top-flight English title in 60 years but they have begun this Premier League season well with six wins and two draws from their nine games.

They sit atop the table with 20 points, closely followed by Liverpool at No. 2 and Chelsea at No. 3.

Liverpool are tied with Tottenham on points but the defending champions have more goals scored against them (16) than the Spurs (9).

Tottenham Hotspur Dele Alli Football
Get the latest updates on Fifa Worldcup 2022 and check out  Fifa World Cup Schedule, Stats and Live Cricket Score. Like us on Facebook or follow us on Twitter for more sports updates. You can also download the NDTV Cricket app for Android or iOS.