Cristiano Ronaldo, who like Lionel Messi is a five-time winner of the award. 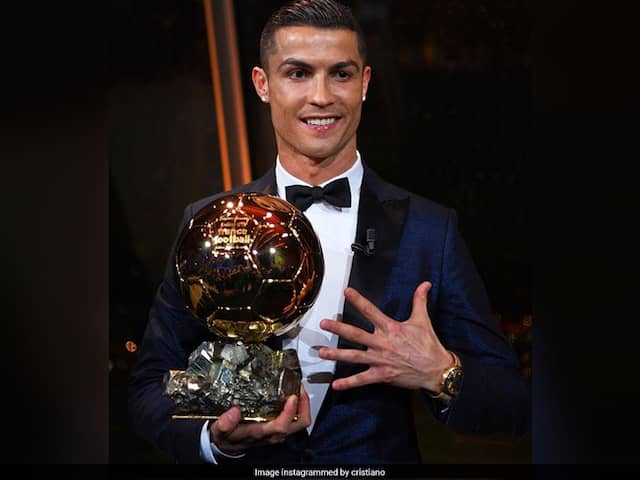 Cristiano Ronaldo will go head to head with former Real Madrid teammate Luka Modric and Egypt's Mohamed Salah as he seeks a sixth FIFA men's world player of the year award. But Lionel Messi -- who has dominated the award along with Ronaldo over the past decade -- has been omitted from the shortlist after featuring in the top three for 11 straight years. Ronaldo, who like Messi is a five-time winner of the award, lifted a fourth Champions League title in five years before joining Italian champions Juventus in July.

France's World Cup-winning manager Didier Deschamps, Zlatko Dalic and Zinedine Zidane were nominated as the finalists for FIFA's coach of the year award.

Deschamps became just the third man to win the World Cup as a player and coach with victory over Dalic's Croatia in Russia while Zidane led Real Madrid to a third consecutive Champions League win in May before stepping down.

The Best FIFA Goalkeeper Award will be contested between a trio who shone in Russia, namely Belgium's Thibaut Courtois, France's Hugo Lloris and Denmark's Kasper Schmeichel.

All seven awards, as well as the FIFA Fair Play Award and FIFA/FIFPro World 11, will be handed out on September 24 in front of football's biggest names amongst the impressive surroundings of London's Royal Festival Hall.