Cristiano Ronaldo was holidaying in Greece before his official unveiling as a Juventus player. 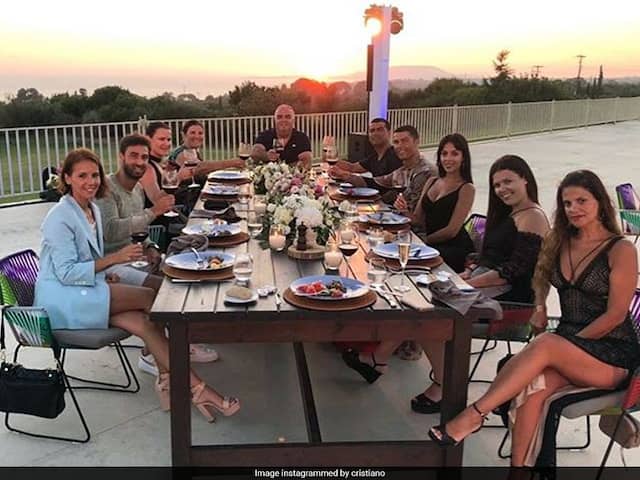 Cristiano Ronaldo left a five-figure tip for staff at the Greek resort he stayed at while on holiday.© Instagram

Cristiano Ronaldo left the staff at a Greek luxury hotel he stayed in shell-shocked by leaving an eye-watering 17,850 pounds (USD 23,000) tip. According to The Sun, the Portuguese star was so impressed by the service he received at the hotel that he left the whopping tip before going to Italy for his unveiling as a Juventus player. Ronaldo fever hit Turin after the announcement last week of his 100 million-euro (USD 117 million) transfer from European champions Real Madrid. Italian media reports the attacker will earn 30 million euros a season and the deal will cost Juve a total of 350 million euros.

Following Portugal's exit from the FIFA World Cup 2018 in Russia, Ronaldo was pictured holidaying with family and friends at the Costa Navarino resort in the Pelopnnese region of Greece.

Cristiano Ronaldo said that he's "different" from other players of his age who move to China or Qatar for mega-money deals, during his official unveiling as a Juventus player on Monday.

The five-time Ballon d'Or winner was his usual confident self at a press conference in Turin attended by media from all over the globe.

"I'm different from other players who think their careers are over when they're my age," said the 33-year-old Portugal captain.

"I want to show that I'm not like the others, I'm different.

"Players of my age go to China or Qatar so coming to such an important club at this stage in my career makes me very happy."

Juventus signed the superstar attacker in the hope that he will push them to a coveted Champions League title, the continent's holy grail.

Preparing to make a run at their eighth Serie A title in as many years and winner of four straight domestic doubles, the Old Lady of Italian football have struggled to turn Italian dominance into European trophies.

Ronaldo has scored more Champions League's goals - 120 - than anyone else and won four out of the last five editions with Real Madrid.