Cristiano Ronaldo said Monday that he's "different" from other players of his age who move to China or Qatar for mega-money deals, during an official unveiling as a Juventus player in which he said he wanted to help bring Champions League success to his new club. 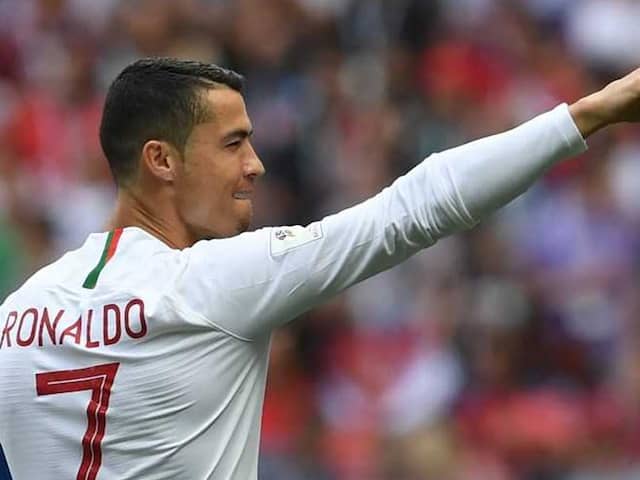 Cristiano Ronaldo said that he's "different" from other players of his age.© AFP

Cristiano Ronaldo said Monday that he's "different" from other players of his age who move to China or Qatar for mega-money deals, during an official unveiling as a Juventus player in which he said he wanted to help bring Champions League success to his new club. With the World Cup over, the superstar attacker's 100 million-euro ($117 million) move from European champions Real Madrid has put all eyes on the Italian champions and Serie A, and Ronaldo said that he wasn't "here on holiday".

"I'm different from other players who think their careers are over when they're my age," said the 33-year-old Portugal captain.

"I want to show that I'm not like the others, I'm different.

"Players of my age go to China or Qatar so coming to such an important club at this stage in my career makes me very happy."

The five-time Ballon d'Or winner was his usual confident self at a press conference held largely in Portuguese at Juve's state-of-the-art Allianz Stadium that was attended by media from all over the globe, saying that he had "nothing to prove to anyone".

"The numbers are there, everyone knows what I've done for football, but I'm ambitious and I like challenges," he said.

"I didn't want to stay in my comfort zone after what I did for Manchester and Real Madrid. I want to leave my mark on Juve."

Italian champions Juventus signed the superstar attacker, who put pen to paper on a four-year deal worth a reported 30 million euros a season, in the hope that he will push them to a coveted Champions League title, the continent's holy grail.

Preparing to make a run at their eighth Serie A title in as many years and winner of four straight domestic doubles, the Old Lady of Italian football have struggled to turn domestic dominance into European trophies.

Juve haven't won the competition since 1996 but were beaten finalists in 2015 and 2017, bested respectively by Barcelona and Ronaldo's former club.

Ronaldo meanwhile has scored more Champions League's goals - 120 - than anyone else and won four out of the last five editions with Real Madrid.

"We're going to fight for not just Champions League, but also Serie A and the others trophies," he said.

"I need to work hard because the Champions League is not easily won. I hope I can help."

Ronaldo was speaking to media after a busy day in Turin, which began with a warm welcome from Juve fans before Monday morning's medical.

Hundreds of fans gathered outside the Allianz Stadium in Turin from early morning singing "Ronaldo, bring us the Champions (League)" as he emerged from the club's medical centre to sign autographs and shake hands amid raucous chants.

"It was a stunning moment to be welcomed this way," said Ronaldo.

"It increases your motivation to start work. I hope I can reward them."

Ronaldo fever has swept Turin since he shocked the world by moving to Juve, and many of the youngsters who came out to greet their new hero were wearing Juventus shirts emblazoned with "Ronaldo" and the number 7, which have been selling quickly in Turin.

Mario, 47, from Brescia in Lombardy, is hoping that Ronaldo will bring his side the European success he has so long craved after watching him effectively knock Juve out of the Champions League in each of the last two seasons.

He was at the Allianz Stadium for the first leg of last season's Champions League quarter-final -- won 3-0 by Madrid -- and among the Juve fans who rose to their feet to applaud Ronaldo's outrageous bicycle kick goal.

Ronaldo also scored twice in the 2017 final and scored the controversial stoppage-time penalty that thwarted an incredible Juve comeback from three goals down and saw them exit at the quarter-final stage.

"I applauded him because he scored a spectacular goal. Now we can enjoy watching him," says Mario.

"I went to Cardiff for the 2017 Champions League final where he gave us a slap. Now he has to repay us with interest."