Champions League: Lionel Messi scored his first ever goal for PSG in a group stage clash against Manchester City at the Parc des Princes. 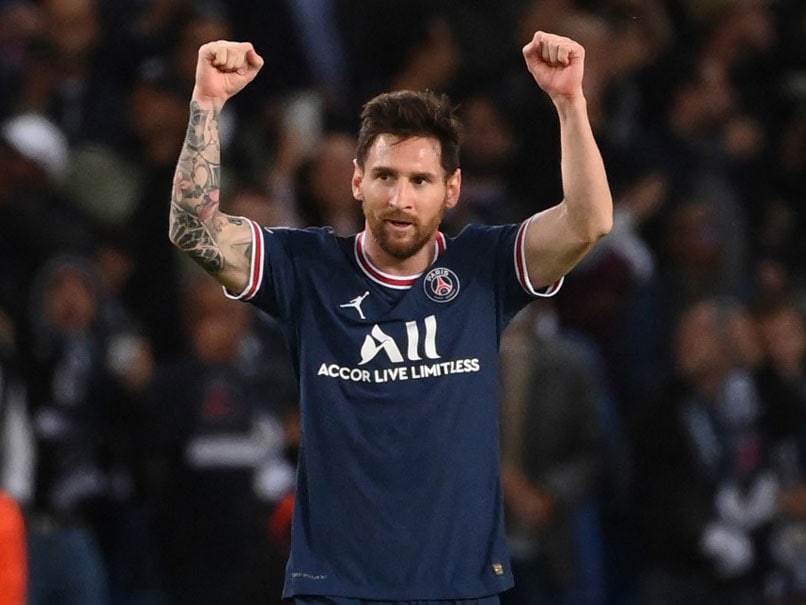 Lionel Messi's goal sealed a 2-0 win for PSG against Manchester City in the Champions League.© AFP

Lionel Messi scored the goal that the whole world was waiting for. On a glittering Champions League night in Paris, Messi opened his scoring as a Paris Saint-Germain player against English giants Manchester City in a Group A fixture. In the 74th minute, Marco Verratti started a counter-attack as he opened the right flank where Messi stood clearly unmarked. The space provided by the City midfield, wide of the pitch, was an open invitation for Messi to make an audacious run as he cut towards the final third and combined with striker Kylian Mbappe to bury the ball into the top-right of the goal.

Messi and Neymar Jr celebrated in style as Mbappe and other teammates soon joined the duo.

Notice how Messi instantly points to Mbappé who provided the brilliant assist pic.twitter.com/aa5n6FAtaq

After the match, Messi spoke to Canal+ and was quoted as saying by Uefa.com:

"I hadn't been able to play recently and this was only my second game in this stadium. I'm adapting to my new team. The more we forwards play together the better our relationship will be. We all need to grow together and improve and keep giving our best," Messi explained.

Messi also expressed his happiness to have helped his team secure a win after their disappointing draw against Club Brugge in the Champions League opener this season.

"They were great opponents. It was very important for us to win the match after our draw against Brugge. I'm very happy to have scored," he added.

The goal gave PSG a 2-0 lead which they maintained till the final whistle. Idrissa Gueye had earlier put PSG in front in the eighth minute of the first half.

Despite the fact that Pep Guardiola's team enjoyed more possession of the ball, took more shots on goal and even had a higher passing accuracy, PSG proved to be the more clinical side in front of goal.

PSG will next play RB Leipzig on October 20 at their home ground.