Gareth Bale came off the bench to score twice, including a stunning overhead kick with his first meaningful touch, as Real Madrid ran out 3-1 winners over Liverpool to secure a 13th European Cup in Kiev. 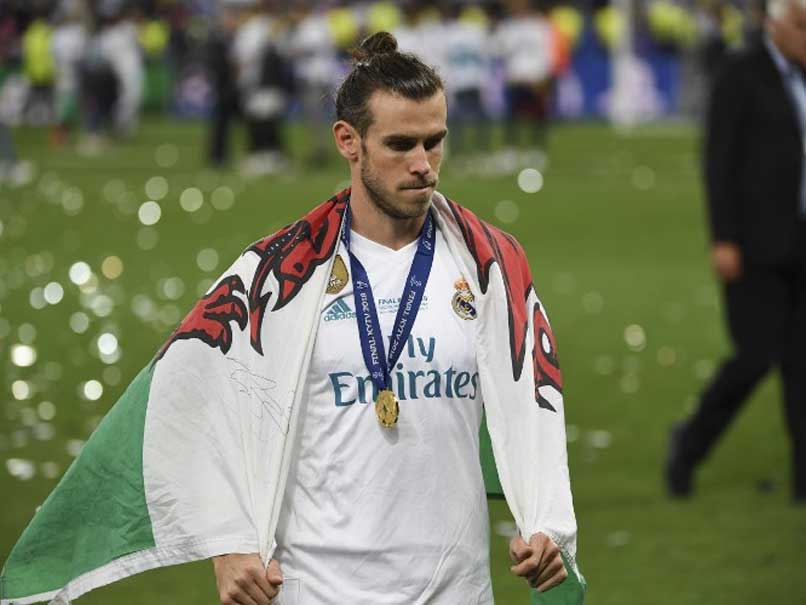 Gareth Bale came off the bench to score twice as as Real Madrid secured a 13th European Cup in Kiev.© AFP

After a season dominated by injuries and disappointment at dropping down the pecking order at the Santiago Bernabeu, Gareth Bale showed why he was once the most expensive player in the world to win a third consecutive Champions League final for Real Madrid. Bale came off the bench to score twice, including a stunning overhead kick with his first meaningful touch, as Real ran out 3-1 winners over Liverpool to secure a 13th European Cup in Kiev. Yet, despite the euphoria, Bale refused to commit his future to Madrid after being left on the sidelins from the start, just as he had for last season's final in his native Cardiff.

"Obviously I was very disappointed not to start the game, I felt I deserved it but the manager makes the decisions," said Bale.

"I have to sit down with my agent in the summer and discuss it."

The Welshman didn't waste any time in making an impact with an acrobatic bicycle kick that will live long in the memory as it looped over the helpless Loris Karius, on a miserable night for the German 'keeper.

Karius had been at fault for Karim Benzema's opener just after half-time, and he then spilled Bale's 30-yard strike into his own net seven minutes from time to seal Liverpool's fate.

"The best (thing) I have been doing is to come on and make an impact. I certainly did (that)," added Bale.

"I just remember Marcelo clipping ball in, it was kind of at right height to give it a go and it was great to get the connection."

And his wonder strike brought back memories of Zidane's own magnificent volleyed winner to earn Madrid the Champions League title against Bayer Leverkusen at Hampden Park in 2002.

That even one of the greatest players of all-time reacted with such wonder at Bale's brilliance on the touchline was testament to a strike worthy of winning any final.

It may also ensure that Bale's future lies in the Spanish capital, particularly as Cristiano Ronaldo sensationally cast doubt on his future at the Bernabeu.

When Bale was signed many saw him as the future king at Real once Ronaldo's powers began to wane.

"It was very nice to be at Real Madrid", Ronaldo, 33, told BeIN Sports Spain.

"In the next few days I will give an answer to the fans, who have always been at my side," said the five-time world player of the year, who appeared to target Real president Florentino Perez for a lack of support.

Bale has been linked with a return to the Premier League after growing frustrated by his lack of opportunities in the biggest games.

He started just one of Real's seven knockout matches in the Champions League. In the one he did, he was hooked at half-time by Zidane as Juventus threatened to come back from a 3-0 first-leg deficit at the Bernabeu in the second leg of the quarter-finals.

"I need to be playing week in, week out and that has not happened this season.

"I had an injury five, six weeks in but I've been fit ever since."

However, the signs were there in recent weeks that Bale was rediscovering the form that enticed Real to pay Tottenham Hotspur a then-world record 91 million euros in 2013.

Bale scored four times in three games in the lead up to the final, including his first goal in a Clasico against Barcelona for four years, to make the strongest case possible to Zidane for a start in Kiev.

It still wasn't enough, but Bale's case going forward will be far harder to ignore, particularly if Ronaldo is no longer hogging the spotlight.

It hasn't always been an easy ride, but Bale's time finally came in Kiev.

Comments
Topics mentioned in this article
Liverpool Real Madrid Cristiano Ronaldo Gareth Bale Football
Get the latest updates on IPL Auction 2023 and check out  IPL 2023 and Live Cricket Score. Like us on Facebook or follow us on Twitter for more sports updates. You can also download the NDTV Cricket app for Android or iOS.