Bundesliga: With the prolific Erling Haaland fit and firing again, Borussia Dortmund hope to round out the year in style and close the gap on league leaders Bayern Munich. 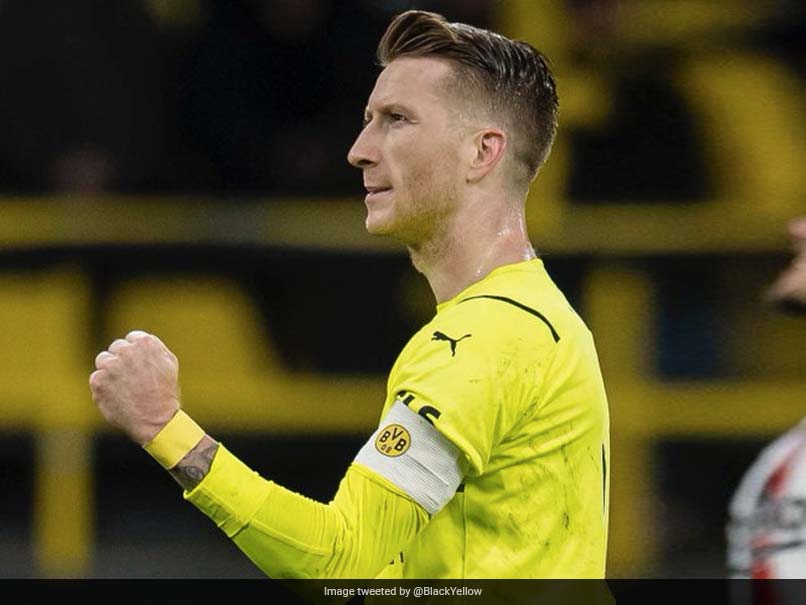 With the prolific Erling Haaland fit and firing again, Borussia Dortmund hope to round out the year in style and close the gap on Bundesliga leaders Bayern Munich. "We want to put pressure on Bayern, so the next three games are really important," said captain Marco Reus ahead of Saturday's derby at Bochum. Last weekend's 3-2 home loss to Bayern left second-placed Dortmund four points adrift. Haaland has bagged four goals in his three games back after a hip injury, including two as a substitute in Tuesday's 5-0 rout of Besiktas -- Dortmund's biggest home win in the Champions League.

Marco Rose's team look like a completely different side with Haaland, and Reus wants wins over Bochum, Greuther Fuerth and Hertha Berlin in the coming nine days. All three are in the bottom half of the table.

"Ideally, we need to let the results speak for themselves," said Reus.

He admitted Dortmund's failure to reach the last 16 of the Champions League "still hurts", but the goal is now to win the Europa League. The draw for the knock-out stages takes place Monday.

However, Dortmund can expect a tough encounter against local rivals Bochum, who have won three of their last four league games to rise to mid-table.

Bayern have a tricky fixture on Saturday at home to Mainz, who sprang a 2-1 upset when the sides last met in April, but the Bavarians have won 24 of the 32 meetings between the clubs in the league.

Bayern are without Germany midfielder Joshua Kimmich until the new year as he recovers from lung damage caused by Covid-19.

Domenico Tedesco takes charge of his first game as RB Leipzig coach for the visit of Borussia Moenchengladbach.

Leipzig pulled off a 2-1 home win over 10-man Manchester City in the final round of Champions League group stage matches on Tuesday under caretaker coach Achim Beierlorzer.

Gladbach, who thrashed Bayern 5-0 in the German Cup in October, will be eager to bounce back from a 6-0 humbling at home to Freiburg last Sunday when all the goals came in a jaw-dropping first half.

Player to watch: Erling HaalandHis two goals in 27 minutes after coming off the bench replacement against Besiktas signalled that Haaland is back to his deadly best.

The Norwegian has scored 22 goals this season for club and country, despite missing five weeks with a hip injury.

He will expect to add to his haul over the next week, with bottom side Fuerth, who were thrashed 7-1 by Bayer Leverkusen last time out, awaiting Dortmund on December 15.

19 - Goals scored by Bayern striker Robert Lewandowski in 21 league games against Mainz. He has been on the winning side 17 times.

198 - Fouls by tough-tackling Mainz, a league-high so far this season. Bayern have committed just 105, the fewest in the division.

250 - Club captain Christian Guenter is poised to become the first Freiburg player to reach the milestone of Bundesliga appearances at home to Hoffenheim on Saturday. All have come under current head coach Christian Streich.

Fixtures (all times 14:30 GMT unless stated)

RB Leipzig Marco Reus Erling Braut Haaland Football
Get the latest updates on IPL Auction 2023 and check out  IPL 2023 and Live Cricket Score. Like us on Facebook or follow us on Twitter for more sports updates. You can also download the NDTV Cricket app for Android or iOS.