Several football players led by Bhaichung Bhutia and thousands of fans participated in the rally. 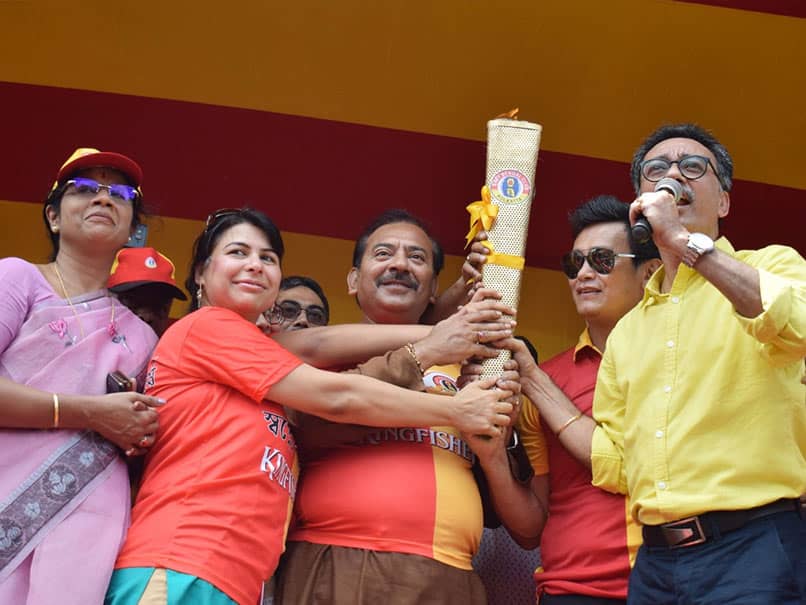 East Bengal FC on Sunday kick-started their Centenary Celebrations in style with a grand torch rally at Kumartuli Park in North Kolkata, a place where club came into existence for the first time in August,1920. The torch rally began at 10 am and reached the venue around 1 pm, after covering a distance of six kilometres. Former India skipper Bhaichung Bhutia and Sukumar Samajpati, who captained the club in the early 60s, lit the torch to start the gala celebration.

Several football players led by Bhutia and thousands of fans participated in the rally.

After the completion of the rally, the torch was carried to the club and was installed by Bhutia and former player and coach Subhas Bhowmick.

East Bengal finished as the runners-up in the 2018-19 I-League season after they fell one point short of eventual champions Chennai City's tally of 43 points.

After another photo finish, East Bengal's wait for a top-flight title continued as they have not won the I-League title in last 15 years.

In recent times, East Bengal manager and former Real Madrid academy coach Alejandro Menendez was handed a two-year contract extension, as the Kolkata based club seeks to recruit more Spanish footballers into their ranks for the forthcoming season of the I-League.

Earlier this year, East Bengal Chairman Ajit Isaac had stated that the representatives of his club and FC Barcelona held talks to discuss a potential partnership between both the clubs.