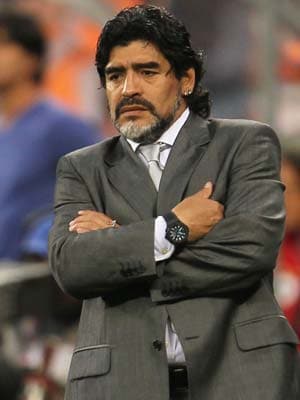 The 51-year-old Maradona arrived in Beijing on Monday for an eight-day charity tour and the China Daily quoted him as saying "I wish to contribute to the development of China's soccer youth."

Comments
Topics mentioned in this article
Football Didier Drogba
Get the latest updates on ICC T20 Worldcup 2022 and CWG 2022 check out the Schedule, Live Score and Medals Tally. Like us on Facebook or follow us on Twitter for more sports updates. You can also download the NDTV Cricket app for Android or iOS.