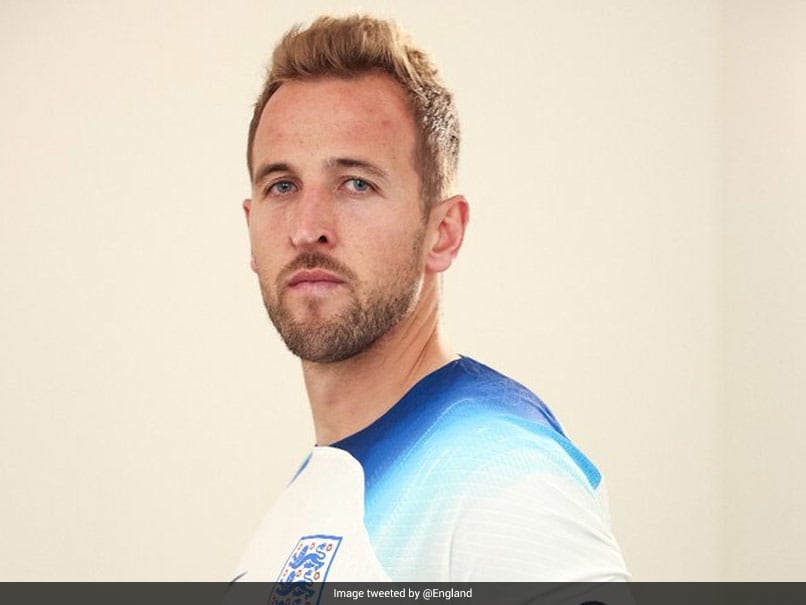 England's Harry Kane and other European team captains will wear "OneLove" armbands during the World Cup in Qatar to fight discrimination, the Football Association announced on Wednesday. Homosexuality is illegal in the Gulf state and organisers have battled to reassure rights groups that same-sex couples will not face action at the tournament, which starts on November 20. Ten European nations, including England, France and Germany, have teamed up to support the season-long OneLove campaign to promote inclusion, which features an armband with a multi-coloured heart.

Kane and the captains of the seven other nations in the group who have qualified for the World Cup will wear the armbands in Qatar.

"I am honoured to join my fellow national team captains in supporting the important OneLove campaign," said Kane, who will wear the armband for the first time in Friday's Nations League match against Italy.

"As captains we may all be competing against each other on the pitch, but we stand together against all forms of discrimination.

"This is even more relevant at a time when division is common in society. Wearing the armband together on behalf of our teams will send a clear message when the world is watching."

Mark Bullingham, chief executive of England's Football Association, said the OneLove campaign, introduced in the Netherlands before Euro 2020, was a "visible show of support for inclusion in football".

He also said the FA was continuing to push for the principle of compensation for migrant workers and their families in relation to deaths and injuries suffered during construction projects.

Qatar has repeatedly faced criticism over conditions for migrant workers, but insists it has made major improvements in recent years.

Human rights groups this week urged more sponsors of the World Cup to support calls for compensation for workers and their families over alleged abuses.

Hugo Lloris FIFA World Cup 2022 Football
Get the latest updates on Fifa Worldcup 2022 and check out  Fifa World Cup Schedule, Stats and Live Cricket Score. Like us on Facebook or follow us on Twitter for more sports updates. You can also download the NDTV Cricket app for Android or iOS.