Sergio Busquests will join the Spain team in Euro 2020 after testing negative for the COVID-19. 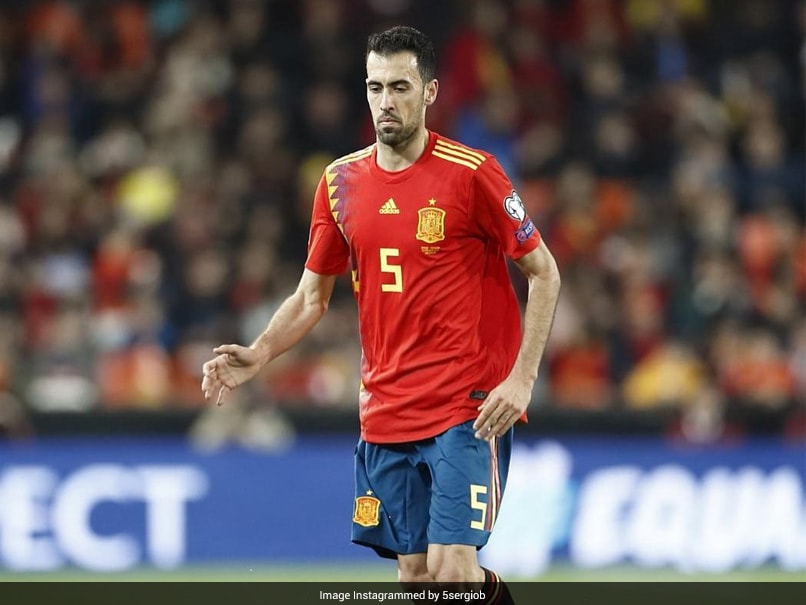 Sergio Busquets is the only member in Spain squad from 2010 FIFA World Cup winning team.© Instagram

Sergio Busquets is now available to join the Spain squad in the Euro 2020 after he tested negative for the COVID-19, having missed their opener against Sweden. Spain captain Busquets tested positive on June 6 at Spain''s training camp in Madrid and was sent back home to Barcelona to quarantine. A statement on the Spanish national team website read: "The captain of the national team, Sergio Busquets, will join the Spain camp this Friday and will travel with the team to Seville once Covid-19 has been overcome.

"The Catalan has given a negative result in the result of the last PCR test and, once all the health protocols have been fulfilled, he will be able to return with the national team in the next few hours."

Sergio Busquets will meet his teammates again hours before the trip to Seville on the eve of Spain's second match in Euro 2020, which will be played against Poland.

In their opening match, Spain was held to a goalless draw in Seville by Sweden despite breaking the championship record for most passes in a game. The team will now be looking to bounce back with three points against Poland on Saturday night.

The midfielder's return will boost Spain's campaign as they will be aiming to kick-start their campaign against Poland after a 0-0 draw against Sweden in Group E. Busquets is the only member in the Spain squad who was part of the World Cup-winning team in 2010. He was named the skipper of the side after Sergio Ramos was out from the team with an injury.

Sponsored by Vuukle
Comments
Topics mentioned in this article
Euro 2020

Spain Football
Get the latest updates on IPL Auction 2023 and check out  IPL 2023 and Live Cricket Score. Like us on Facebook or follow us on Twitter for more sports updates. You can also download the NDTV Cricket app for Android or iOS.