Tottenham had won just two of their opening eight games of the season and needed to make a statement after crashing out of the League Cup to fourth-tier Colchester on Tuesday. 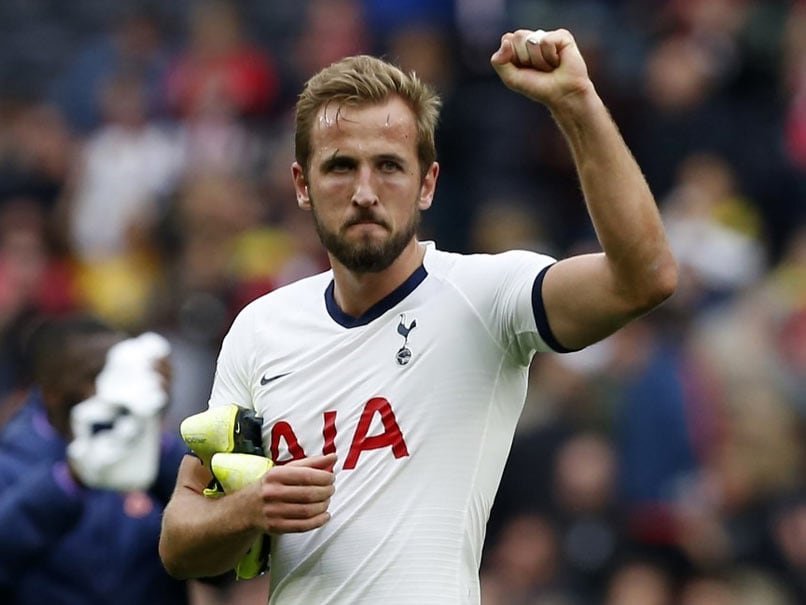 Tottenham defied Serge Aurier's first-half red card to hold out for a vital 2-1 win over Southampton thanks to Harry Kane's winner on Saturday. Spurs had won just two of their opening eight games of the season and needed to make a statement after crashing out of the League Cup to fourth-tier Colchester on Tuesday. Mauricio Pochettino's men got the early lift they desired from Tanguy Ndombele's opener. But they put themselves on the back foot as Aurier was booked twice in quick succession and saw red on 31 minutes. Then a huge error from Hugo Lloris handed Southampton an equaliser through Danny Ings.

Spurs showed their quality in a flowing counter-attack led by Son Heung-min and Christian Eriksen before Kane applied the finish touch to retake the lead before half-time.

The Champions League finalists demonstrated plenty of heart after the break to hold out for a precious three points that eases them back up to fourth in the Premier League table.

After the embarrassment of failing to break down Colchester in midweek, the hosts needed a fast start, but began nervily. Tottenham could have been behind but for a fine save by Lloris to turn Pierre-Emile Hojbjerg's effort behind.

At the other end Son was Spurs' biggest threat and should have had an assist when he squared for Ndombele, but the French international's prodded effort was deflected over.

Moments later, the same two players combined for the opening goal as Son's cut-back was driven goalwards by Ndombele and his shot had too much power for Angus Gunn in the Southampton goal.

However, rather than building on their advantage, Tottenham gave themselves a mountain to climb with two moments of madness.

Firstly, Aurier needlessly pulled down Nathan Redmond to see his second yellow card in four minutes to leave his side a man down.

And then with cool heads needed to see out the lead till half-time, Lloris tried to a Cruyff turn inches from his goal line and was dispossessed by Ings, who had the simple task of nudging the ball across the line.

Having shown why they had won just four games in 17 prior to this weekend, Spurs swiftly produced a glimpse of what they are capable of at their best as they retook the lead before the break.

Kane won a header on halfway to spring a counter-attack. Son and Eriksen exchanged passes before the latter found the England captain to drill low into the corner.

Minus a man, Tottenham had to hold onto their lead after the break but were rarely troubled by the impotent visitors apart from at set-pieces.

Lloris made amends for his earlier error with a fine stop to turn James Ward-Prowse's long-range free-kick over.

And the France captain then produced an even better stop to claw Maya Yoshida's powerful header off the line.

Spurs' threat on the counter-attack was reduced by the removal of Son on the hour mark, but Kane could have sealed the three points when he fired just wide after a brilliant solo run six minutes from time.

Southampton Harry Kane English Premier League Football
Get the latest updates on ICC Women's Cricket World Cup 2022 and IPL 2022, check out the Schedule , Live Score and IPL Points Table. Like us on Facebook or follow us on Twitter for more sports updates. You can also download the NDTV Cricket app for Android or iOS.