Toby Alderweireld agreeing to a new contract is a boost for Tottenham Hotspur manager Jose Mourinho, who was keen to sign him last year when he was in charge of Manchester United. 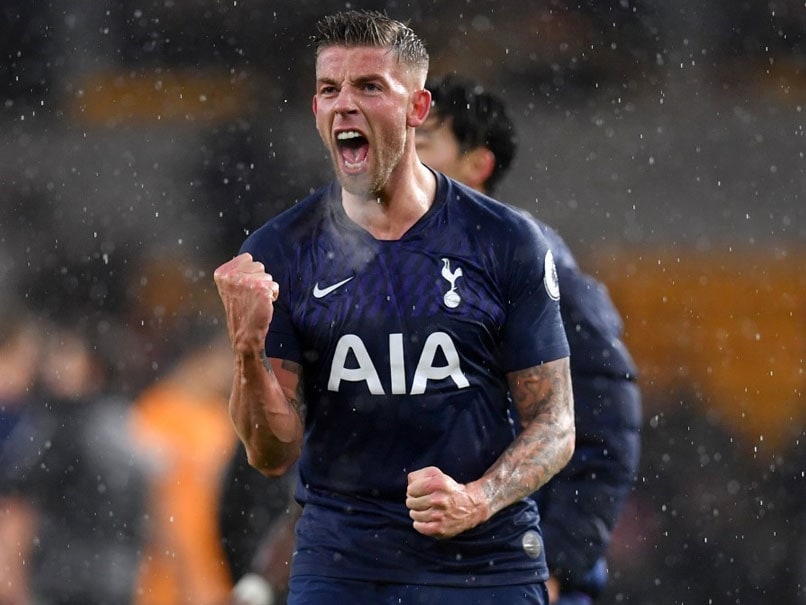 Belgian international Toby Alderweireld signed a new contract with Premier League side Tottenham Hotspur which will keep him at the club until 2023. The 30-year-old central defender, capped 98 times and a pivotal figure in Belgium's run to the 2018 World Cup semi-finals, has been at Spurs since signing from Atletico Madrid in 2015. "We are delighted to announce that Toby Alderweireld has signed a new contract with the Club until 2023," read a statement form the club.

"A mainstay of our back line, Toby played in 50 of our 58 matches last season, starting 12 of 13 in our run to the Champions League final. So far this term, he's started 16 of our 17 games in the Premier League."

Alderweireld agreeing to a new contract is a boost for Spurs manager Jose Mourinho, who was keen to sign him last year when he was in charge of Manchester United.

"I'm honoured to play for this club and I'm a small piece of getting to the next level in a couple of seasons.

"There is no place I can be happier.

"I couldn't see myself playing for another team.

Alderweireld looked set to be leaving Spurs at the end of the current campaign as negotiations over a new deal had stalled and under Mourinho's predecessor Mauricio Pochettino there appeared to be little chance of them restarting.

The club exercised an extension in his contract last term which also triggered a £25 million ($33 million) release clause, but only Serie A side AS Roma were interested in the centre-back and made a much smaller bid in the summer.

Alderweireld, who has a young child and a second on the way, has now decided to stay in London and has committed his long-term future to the club.

His agreeing a new deal may spur on his compatriot and fellow defender Jan Vertonghen to also agree a new contract.

The 32-year-old, who will be out of contract in the close season, is free to talk terms with European clubs in the new year.

Tottenham Hotspur Toby Alderweireld English Premier League Football
Get the latest updates on ICC T20 Worldcup 2022 and CWG 2022 check out the Schedule, Live Score and Medals Tally. Like us on Facebook or follow us on Twitter for more sports updates. You can also download the NDTV Cricket app for Android or iOS.