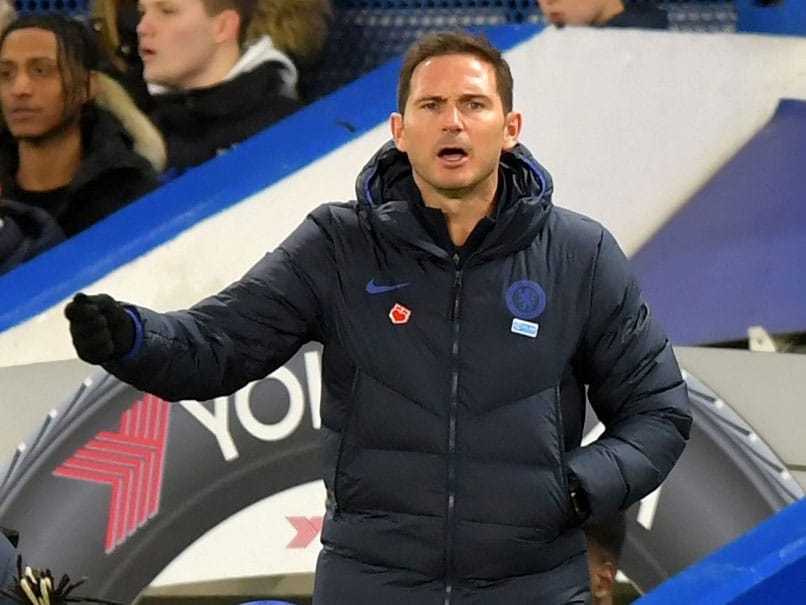 Frank Lampard will lock horns with former boss Jose Mourinho in a Premier League London derby this weekend as second-placed Leicester City seek to take advantage of Liverpool's absence at Manchester City. Elsewhere, out-of-form Arsenal travel to Everton and Ole Gunnar Solskjaer takes his Manchester United side to bottom club Watford. League leaders Liverpool, who have a 10-point lead at the top of the table, are away at the Club World Cup in Qatar. AFP Sport picks out some of the key talking points ahead of the weekend's Premier League fixtures.

When Jose Mourinho took over as Tottenham boss last month, his side were 12 points behind Frank Lampard's Chelsea and looked out of the running for the top four.

But Spurs will leapfrog their London rivals into fourth place in the Premier League if they come out on top on Sunday in a match pitting the grizzled Portuguese veteran against one of his key players during their time together at Stamford Bridge.

It is not the first time the pair have locked horns from opposing dugouts. Lampard came out on top last season when he took his Derby side to play Manchester United at Old Trafford in the League Cup, but both have since moved on to new clubs.

Chelsea have stumbled in recent weeks, losing four of their past five Premier League matches, with the boss hinting at striking reinforcements in the January transfer window.

The mood is different at Spurs. Former player Ledley King said confidence was back and the top four was a realistic goal.

"(Mourinho) is a winner," he told Sky Sports. "He's won everything. From my experience if someone like that comes into your club you listen, you take everything on board and you try to soak up as much as you can."

Leicester must realistically beat Manchester City and Liverpool in their next two matches to stand any chance of winning a second Premier League title in five seasons.

A win for Brendan Rodgers' high-flying team on Saturday would close the gap to Liverpool to seven points ahead of their summit meeting with the Premier League leaders on December 26.

Defending champions City, on the other hand, can move to within one point of Leicester if they end the Foxes' nine-match unbeaten league run.

Rodgers urged his side to keep their progress in perspective after their run of eight straight wins was ended by Norwich last week.

"We are a team that's been developing over this last nine, 10 months from a mid-table position and now people are talking about challenging for titles," he said.

"For us our feet are very firmly on the ground and the players have been absolutely amazing."

How will Ole Gunnar Solskjaer approach Sunday's match away at lowly Watford?

United have notched up some memorable results against the top clubs this season, beating Chelsea, Tottenham and Manchester City and drawing against Liverpool.

But they have slipped up against the weaker sides, but totalled just one point from the four matches against Southampton, West Ham, Newcastle and Bournemouth.

United are unbeaten in their past six Premier League games but stumbled to a draw against Everton last week, losing some of their recent momentum.

Solskjaer's team have been at their best this season when conceding possession and using the searing pace of Marcus Rashford, Daniel James and the others on the break.

United enjoyed just 28 percent possession during their recent 2-1 win against Manchester City but when they are expected to dominate they struggle to unlock defences, as happened against Everton.

Solskjaer must find a way to inject more creativity into his midfield if he is to continue his drive towards the top four.

Arsenal Frank Lampard Jose Mourinho English Premier League Football
Get the latest updates on India vs South Africa and check out  Schedule, Results and Live Score. Like us on Facebook or follow us on Twitter for more sports updates. You can also download the NDTV Cricket app for Android or iOS.