Roberto Firmino scored in injury-time to give Liverpool a hard-fought 2-1 win over Monterrey of Mexico on Wednesday. 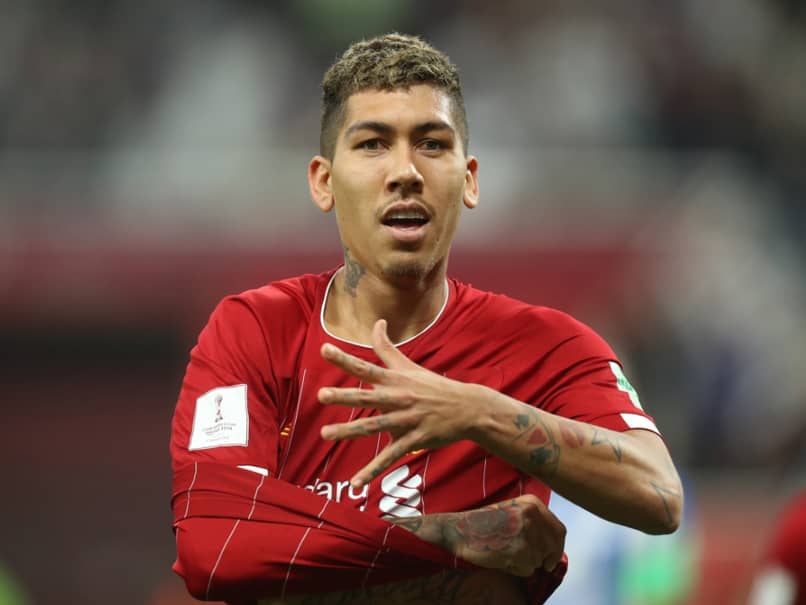 Liverpool manager Jurgen Klopp is looking forward to a "really tough game" in the Club World Cup final against Flamengo after Roberto Firmino's injury-time goal gave the Anfield side a hard-fought 2-1 win over Monterrey of Mexico on Wednesday. Firmino came off the bench to turn in a cross from fellow substitute Trent Alexander-Arnold in the 91st minute at the Khalifa International Stadium in Doha after Naby Keita's early opener for a weakened Liverpool side had swiftly been cancelled out by Argentine striker Rogelio Funes Mori.

Having taken time out from their seemingly relentless march towards the Premier League title to travel to Qatar, Liverpool will be relieved at coming through this test, and they remain on course to win this competition for the first time.

However, they must now beat a Flamengo side who have won the Copa Libertadores and the Brazilian title in the last month under Portuguese coach Jorge Jesus, and who will have had an extra day to prepare for the final after defeating Saudi club Al-Hilal 3-1 on Tuesday.

"Tough game, really tough game," said Klopp when asked about the prospect of facing Flamengo in what will be a repeat of the 1981 Intercontinental Cup final, when a Brazilian team captained by Zico beat Bob Paisley's European Cup holders 3-0 in Tokyo.

"Flamengo's season is over, they are here with a full squad, but we just have to recover as quickly as possible and then make ourselves ready."

He will hope to have Virgil van Dijk back fit for the final after the inspirational Dutch centre-back sat out the Monterrey game due to illness, leaving skipper Jordan Henderson to partner Joe Gomez in defence.

"It was an easy decision because he couldn't train yesterday -- he was on the pitch for a couple of minutes until the media left, and then unfortunately he had to leave as well," Klopp said about Van Dijk, who has played in every Premier League and Champions League game this season. "We will see how quick he can recover."

'Only possible the hard way'

In addition, Klopp chose to leave Sadio Mane on the bench at kick-off along with Firmino and Alexander-Arnold, instead handing starts to the likes of Adam Lallana, Xherdan Shaqiri and Divock Origi.

"It was only possible the hard way," said Klopp of the way in which his side won, with Firmino's late goal coming after goalkeeper Alisson made a string of key saves to stop Monterrey from going in front.

"We had problems before the game, we knew we would have some problems in the game, but I really think the boys did exceptionally well."

At such a busy stage in the season, Klopp also admitted his relief when the winning goal went in, saying: "I was actually afraid of extra time to be honest so I was more than happy when Bobby scored that goal."

Liverpool got off to a flying start and were rewarded with the opening goal in the 12th minute.

Salah, spurred on by the backing of adoring fans in an official attendance of over 45,000, produced a stunning pass to release Keita, the midfielder running into the box and lashing a first-time shot past goalkeeper Marcelo Barovero.

However, Monterrey's response was swift, as the CONCACAF Champions League winners drew level within two minutes when Funes Mori -- the brother of former Everton defender Ramiro -- converted the rebound after Alisson saved from Jesus Gallardo.

The Mexicans grew in confidence after that, with captain Dorlan Pabon, the Colombian international, testing Alisson before the interval and again from a free-kick after the break.

Alisson also saved well from Funes Mori before Mane, Alexander-Arnold and Firmino all entered the fray in the closing stages.

Clearly determined to avoid a draining extra half-hour, Klopp's game plan paid off as Firmino pounced in the 91st minute.

"Overall I thought we had the clearest chances and their goalkeeper made four or five big saves. It would have been fairer had the game gone to extra time."

Liverpool Football Roberto Firmino
Get the latest updates on India vs Australia Series, check out the India vs Australia Schedule for 2020-21 and Ind vs Aus live score . Like us on Facebook or follow us on Twitter for more sports updates. You can also download the NDTV Cricket app for Android or iOS.