Premier League: Manchester United manager Ralf Rangnick has confirmed that Bruno Fernandes was involved in a car crash and avoided any serious injury. 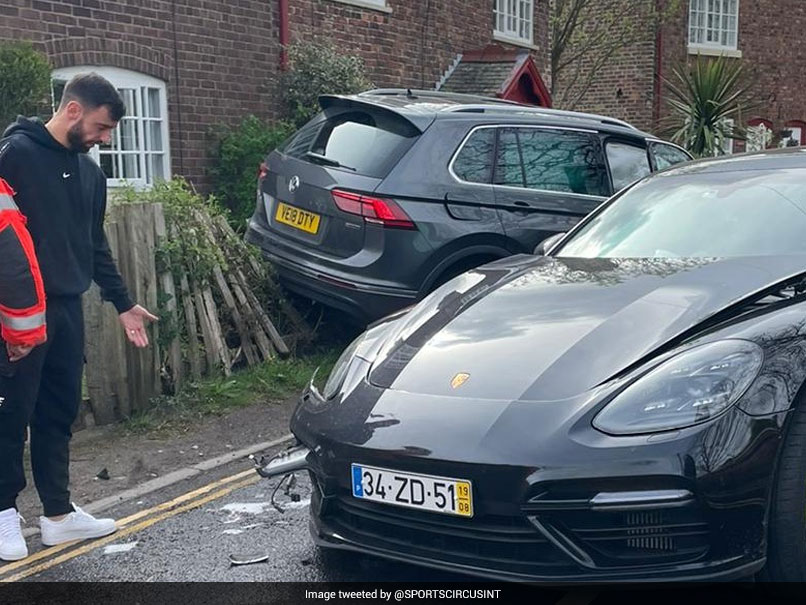 Manchester United star midfielderBruno Fernandes was involved in a car crash, revealedRalf Rangnick. Despite the incident involving his Porsche, thePortuguese managed to avoid serious injury. Interim manager of Manchester United Ralf Rangnick on Monday provided an update on United midfielder Bruno Fernandes, who was involved in a car accident on his way training on Friday morning, as per manutd.com. "The accident happened on the way to Carrington," said the German, during the pre-match press conference at Carrington.

"But as far as I know, nobody was injured. He trained with the team and he was okay, and that's why I think he will also be ok for tomorrow (vs Liverpool)."

Ralf Rangnick further confirmed that Manchester United will be without five players for Tuesday's clash with Liverpool at Anfield.

Fred was forced off in the first half at Goodison Park and joined the aforementioned Reds on the sidelines for the weekend win over the Canaries.

Speaking in a press conference on Monday afternoon, Rangnick revealed that all five remain unavailable and will miss the trip to Liverpool on Tuesday.

Manchester United Bruno Fernandes English Premier League Football
Get the latest updates on ICC T20 Worldcup 2022 and CWG 2022 check out the Schedule, Live Score and Medals Tally. Like us on Facebook or follow us on Twitter for more sports updates. You can also download the NDTV Cricket app for Android or iOS.