Nemanja Matic is excited to see young talent getting a chance at Manchester United but hopes there is also room for experience as he looks for more game time. 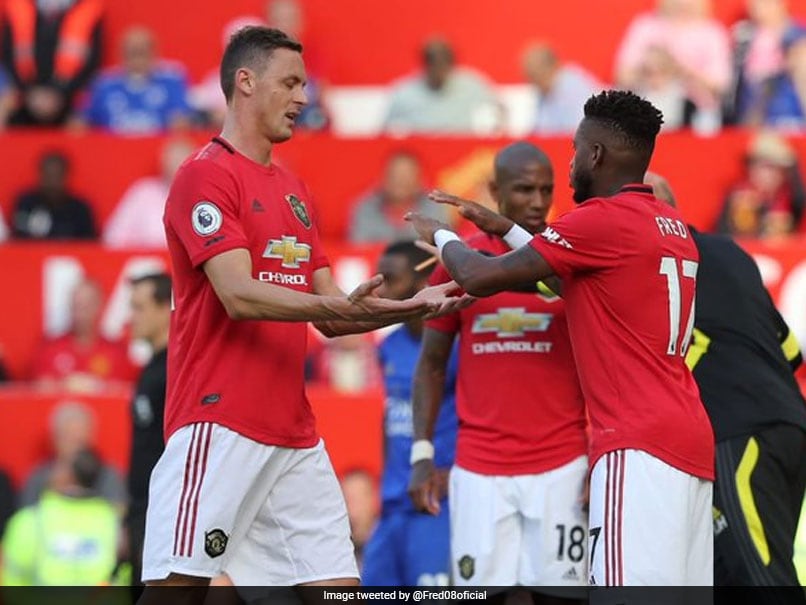 Nemanja Matic is excited to see young talent getting a chance at Manchester United but hopes there is also room for experience as he looks for more game time. Ole Gunnar Solskjaer's men ended a three-match winless run by overcoming previously unbeaten Leicester at Old Trafford on Saturday, where Marcus Rashford's early spot-kick was the difference in a 1-0 triumph. The match-winning forward was joined by fellow 21-year-olds Daniel James and Aaron Wan-Bissaka in the line-up, with Andreas Pereira, 23, and Scott McTominay, 22, also starting.

Tahith Chong, just 19, came off the bench for a United side that has an accent on youth under Solskjaer, something Matic, one of the few older heads, likes to see.

"I don't believe in age -- good players or bad players," the midfielder, one of three starters in their 30s, said.

"They (young players) get the opportunity to play. It's not always normal in big clubs that you get that opportunity so young and Manchester United is giving opportunity to the guys who grew up here in the academy and that's good."

Energy and options will be needed as United juggle domestic and European commitments.

United kick off their Europa League campaign at home to Astana on Thursday, when Matic will be hoping to make his second start of the season.

The 31-year-old, who was the subject of speculation over his future in the summer, came in for the injured Paul Pogba against Leicester.

"Of course (it has been frustrating)," Matic said. "I want to play, I always give my best for the team.

"The coach is the man who picks the team and when you are on the bench you are not happy but I am trying to convince him to change his mind and pick me to play."

Manchester United Nemanja Matic Football
Get the latest updates on Fifa Worldcup 2022 and check out  Fifa World Cup Schedule, Stats and Live Cricket Score. Like us on Facebook or follow us on Twitter for more sports updates. You can also download the NDTV Cricket app for Android or iOS.